*Chris Mann's comprehensive 1998 book covering the series, Come and Knock on Our Door, is out of print but, as we say during the episode, is a must-read for fans of Three's Company.

*The book mentions the no-sex-among-the-roomates edict the show established but also points out how often Jack struck out with all girls, which made the show surprisingly chaste. John Ritter jokes that Jack Tripper got some all the time during the commercial breaks, or else he never would have been able to stand living with two single females.

*Norman Fell and Audra Lindley left the show for the spinoff The Ropers, but it wasn't exactly their idea, and in fact Fell extracted a promise that if the series didn't last a year, they could return to the flagship. Unfortunately for him, it lasted one short "season" and one "full"--28 total episodes--just long enough for the Ropers to be left out.

*The British show that served as the inspiration for Three's Company, Man About the House, was a big success that led to multiple spinoffs, movies, etc. It also spawned a spinoff of its own landlord characters--George and Martha.

*Norman Fell's habit of breaking the fourth wall by grinning directly at the camera made him the only character who got away with that. Longtime show director Dave Powers was strict about not doing that when he joined the series, and he tells Mann that he asked if he should let Roper continue that gimmick and was told that the audience had come to expect it.

*Don Knotts was a nervous wreck when he joined the show as Ralph Furley because he was unaccustomed to the 3-camera process before a live audience. He had stage fright early in his career and never conquered it.

*Suzanne Somers, embroiled in disputes with the producers, threatened to sue John Ritter and Joyce Dewitt at one point, and a huge rift developed. By the end of the fifth season, she was literally phoning it in, as Chrissy had "left to take care of her mother." She shot her scenes on a separate set, apart from the rest of the cast, and would then fly to Vegas to perform her ongoing stage show.

*21-year-old Jenilee Harrison, former Rams cheerleader, joined in season 5 as Chrissy's farm-raised cousin. In season 6, Harrison was phased out as Priscilla Barnes' Terri Alden moved into the apartment while Cindy went to UCLA.

*The classic theme song was written by Joe Raposo with producer Don Nicholl co-writing the lyrics. (Not that) Ray Charles and Julie Rinker are the singers, though the cast briefly gave it a go (It didn't work). Interesting tidbit: In the original opening sequence, Jack is so flummoxed by a beautiful woman passing by that he falls off his bike. The woman is Somers in a brunette wig.

This week, we tackle not one but two episodes the zaniest of zany comedies Three's Company and try to decide once and for all: Roper or Furley. In "Ground Rules," Jack, Janet, and Chrissy try to establish some rules for alone or alone-with-someone time in the apartment, and Jack has a man-to-man discussion with Mr. Roper about "building shelves." In "Double Trouble," Jack has to convince Furley that he has a macho twin brother named Austin. Wait till Furley tries to throw a party...for both of them! 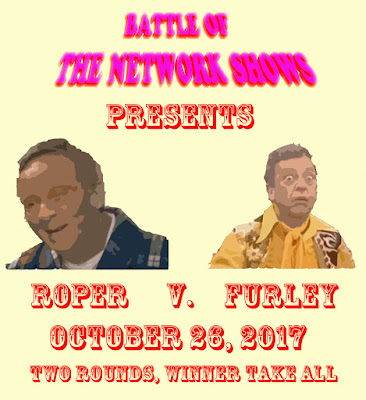 Posted by Michael Cowgill at 11:00 AM No comments:

*The classic "Who's on First" routine we hear at the beginning of the podcast--well, sort of--was adapted from similar burlesque routines by Abbott and Costello. Of course, it is common belief that it was perfected by Harvey Korman and Buddy Hackett in the TV movie bud and Lou.

*DVP mentions the comedy team of Marty Allen and Steve Rossi--a dated reference even then, since the duo had been inactive for a decade. The two made many appearances on Ed Sullivan's show, including several of the famous Beatles episodes.

*The real Tom Braden had a much fuller life than we could touch on in the episode. He was not just an author and a father of 8, but he was a longtime CIA operative and the original co-host of CNN's Crossfire!

*OK, here are the Bradford kids' ages at the time the show debuted in 1977:

*Meeno Peluce was a prolific child actor in the BOTNS area and is worthy of more discussion, but we have a strong suspicion we will be talking more about him on the show this season.

*The song the Bradfords perform to kick off the benefit show is This Is It, the original theme song of The Bugs Bunny Show on Saturday morning TV.

*Betty Buckley, who sings So-La in the episode "Who's on First," won a Tony in 1983 for her performance in Cats.

*The Eight Is Enough theme song was written by Lee Holdridge and Molly-Ann Leikin. Fred Werner wrote the instrumental that started the show in its first two seasons.

*Nicholas Bradford, from what we can tell, did not burn down the family home, accidentally or otherwise. Perhaps we were thinking of his role in the early 1980s ABC firefighting show Code Red as Lorne Greene's adopted son?

*Ralph Macchio went on to become The Karate Kid after his short stint on EIE.

*Night Ranger formed in 1979, just a bit after this episode aired.

In our season three premiere, we tackle the ABC light drama Eight is Enough and its season two finale "Who's on First?" Daughter Joanie needs help putting on a show to raise money for orphans, Nicholas gets put out when no one believes he was abducted by UFOs, Tom gets fed up when Nicholas won't commit to Abbott and Costello's "Who's on First?" routine, and everyone piles on David when he won't lend his "star power" to the show. Magic, comedy, music, and more! Will David come through? Did Nicholas get abducted by Aliens? Who is on first? (Yes.) We won't spoil the magic in this description, but we will say this is an historic episode for Eight is Enough! Find shown notes and more at our web site. 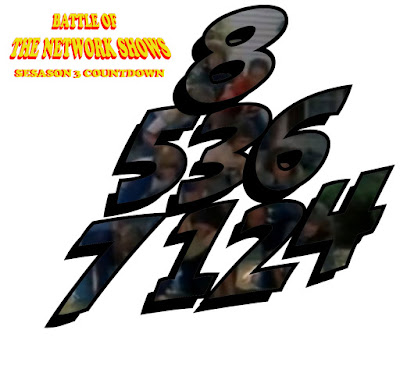 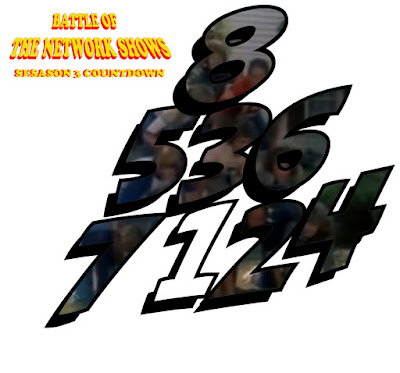 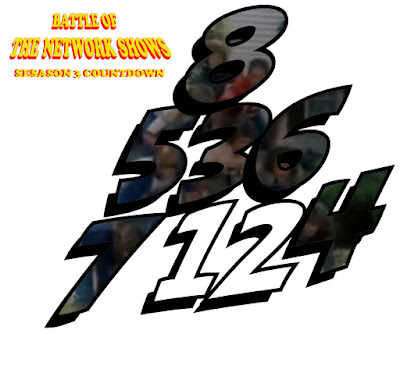 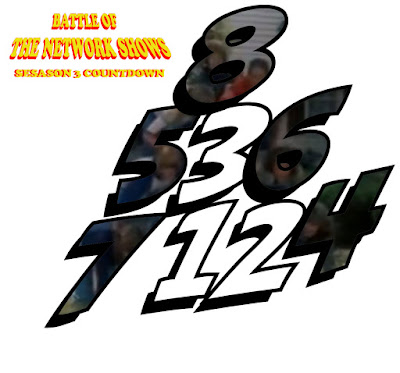 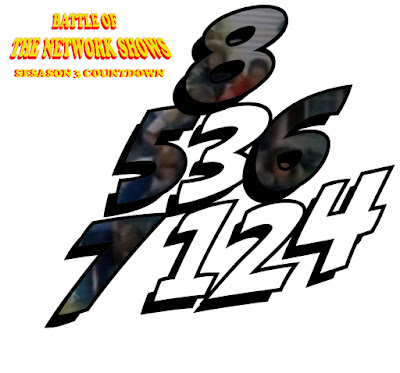 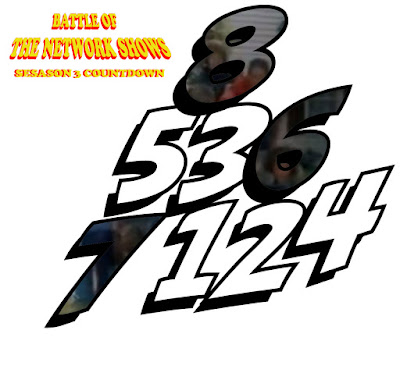 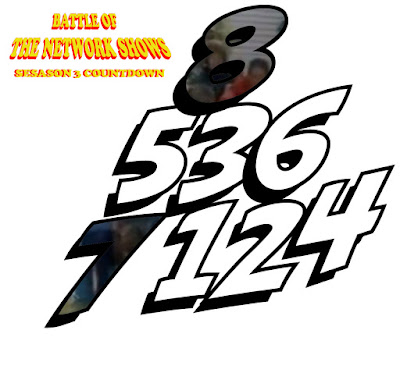 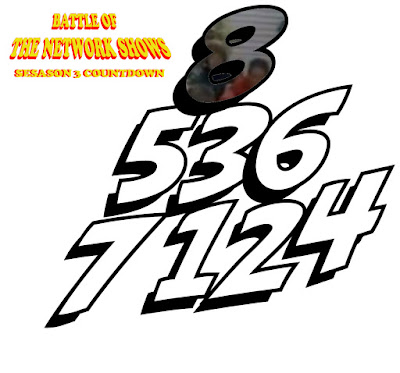