Join us on the Astral Plane as we celebrate season 5 of Battle of the Network Shows with the Season 5 BATTY Awards! Will classics like MASH, Hill Street Blues, and The Jeffersons run away with the awards, or will a dark horse or two emerge victorious, could a wooden plank win an award, and what's that floating above Rick's head? All this and more on the Season 5 BATTY Awards from the Astral Plane. 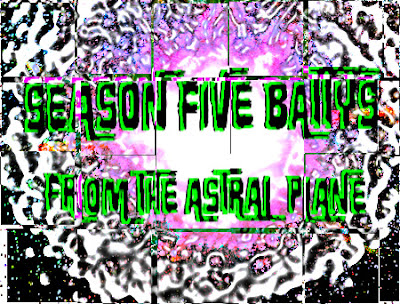 The YouTube playlist for Saturday Night Live is now--well, it's live!

In this week's YouTube playlist, you get much more Ray Charles, plus promos and commercials including Jane Curtin for One a Day vitamins (in 1976)! John Belushi and Dan Aykroyd take Brian Wilson surfing! And Garrett Morris sings!

Remember, you can always head to our official YouTube page to find episode-specific playlists for all of our podcasts!
Posted by Rick Brooks at 6:01 AM No comments:

*The original cast lasted 5 seasons, more or less (there were changes along the way).

*The New Show aired January-March 1984 on NBC and bombed.

*Other SNL episodes we mention:

*A Star Trek revival was planned in 1975, and though it didn't happen, the premise of the pilot was later reworked into Star Trek the Motion Picture. The show was going to anchor a proposed Paramount Television Network that never happened.

*The "What the Hell Is That?" sketch with Bill Murray and guest Steve Martin aired on the season 5 premiere October 13, 1979 with Martin as guest host. You can see it in very un-pristine form in our YouTube playlist this week.

*The Doug Hill and Jeff Weingrad book on the show is Saturday Night: A Backstage History of Saturday Night Live. It's one of my favorite TV books, and while the Tom Shales/Jim Miller oral history is now more famous, the 1986 book is much deeper, partly owing to its ability to focus on the early years instead of decades of the series. It's a must-read for any fan of the show.

*The most successful SNL movie adaptation in terms of box office = Wayne's World (183 million bucks). The lowest is It's Pat, with...60-something-thousand dollars? Is that right? I mean, I didn't think it did well, but...

Wikipedia says it opened in 3 theaters and was pulled after its opening weekend. Wow!
Posted by Rick Brooks at 6:00 AM No comments:

Season 5 draws to a close with Saturday Night Live and the Not Ready for Primetime Players. Ray Charles serves as host and musical guest, making for a unique episode, and we get into the value of SNL then, later, and even now, and we even attempt a couple impressions of impressions. Also, thanks to our listeners for voting for this one.

Tomorrow on Battle of the Network Shows 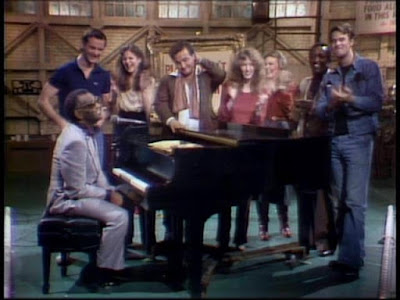 Email ThisBlogThis!Share to TwitterShare to FacebookShare to Pinterest
Labels: Teaser

From all of us at BOTNS (plus the folks from the 12th Precinct) to all of you and yours, HAPPY NEW YEAR! 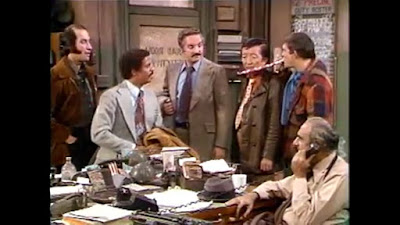