A good show can't live on its main cast alone. Think of all the great supporting characters on shows like Seinfeld, Newhart, and The Simpsons, or even someone like Frasier from Cheers, who went from recurring character to main cast member to star of his own show. On Silver Spoons, dquare-jawed buffoon Bob Danish (John Reilly) has that same potential, although he only appears in two season one episodes "Falling in Love Again" and "Won't You Go Home, Bob Danish?"

In "Falling in Love Again," he shows up near the end as a foil for Edward as Kate uses him to make Edward jealous. Still, Reilly and Bob Danish make the most of it, and the audience learns the basic elements of Bob Danish. Bob Danish is a pilot, and that makes Bob Danish cool. Bob Danish takes everything in stride, even his romantic rival declaring his love in front of him and all of Carnegie Hall. If you're a kid, Bob Danish calls you Scooter.

"Won't You Go Home, Bob Danish?" gives Bob Danish the spotlight, and while all the Bob Danish basics remain intact, Bob Danish gets more room to move and, dare I say it, some depth. In this episode, Bob Danish buzzes Edward's house in his airplane, thinking Kate's there, only to crash the plane in the backyard. His parachute conveniently lands at the back of the set, but he injures his leg when Edward and Ricky cut him down. The plane belonged to his girlfriend, who shows up and dumps him, and Bob Danish becomes an unwelcome house guest (except to Scooter Ricky who invited him to stay in the first place). 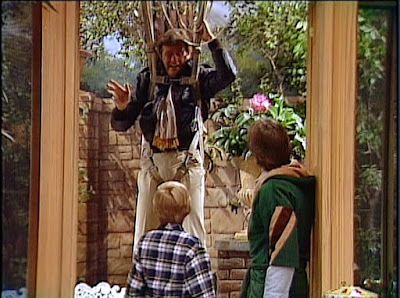 When Edward asks what happened, Bob Danish says, "Well, Eddie, I'd say we had a, uh, bit of a plane crash."

When Bob Danish struggles to walk to his plane (before it explodes), Edward tells him he's hurt his leg. Bob Danish says, "It's all right. I've got a backup."

When Bob Danish knocks over a vase, he says, "First the plane crash, and now this. Ever have one of those days?"

When Edward yells at him about the chaos in the backyard--burning plane, debris everywhere, burning greenhouse, firefighters everywhere--Bob Danish says, "My goof, OK?" 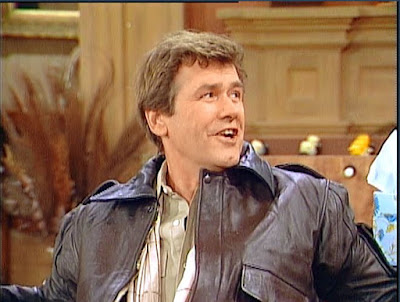 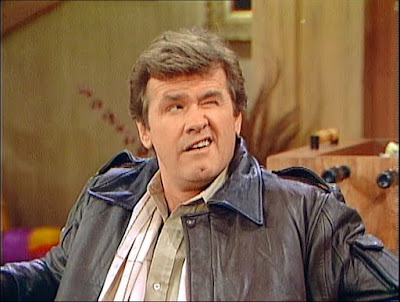 When Kate rolls her eyes and leaves the room... 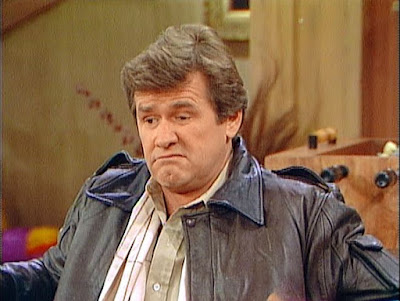 Bob Danish continues to call Ricky Scooter, even after Ricky requests he call him Ricky, and this leads to a short vaudeville routine.

BOB: My dad used to call me Scooter, Scooter.

RICKY: Your dad used to call you Scooter Scooter?

BOB: No. He just called me Scooter, Scooter.

REFER TO YOURSELF IN THE THIRD PERSON

Bob Danish* does this on a fairly regular basis, but he doesn't stop there. He also has at least two nicknames for himself: The Great Dane and Roberto Danishero.

Along the same lines, he refers to his dad as "The greatest man who ever walked the Earth, my dad Dan Danish**," multiple times.

**Sad but true, the greatest man who ever walked the Earth, Bob Danish's Dad Dan Danish, died after a piano fell on him.

This brings us to that "depth" I mentioned earlier, as we dig into the lesser known chapters of the Bob Danish Handbook.

He has a whole photo album but not just of photos. It includes parsley from the one date he had with Kate, and later he adds a handkerchief.

EVEN BOB DANISH HAS FEELINGS

After a few days, Bob Danish has made himself at home, eating a sandwich with "some kind of beef" on it (prime rib) and even taking a message about an urgent call for Edward. He can't remember the details but thinks Larry or Harry called. Then he finds a note his pocket. Frank called.

Edward has had enough and wants to kick him how...so he allows Kate to volunteer. She did cause this problem she argues, and Edward doesn't argue back even though she should. She can't help it if Bob Danish digs her.

Anyhow, Kate tells off Bob Danish, and his veneer of cool finally gives. What man's wouldn't if Erin Gray told him she didn't like him?


Kate feels bad about it and wants to fix it. Edward volunteers but only so someone else will, which Ricky does (technically, it is Ricky's fault).

Bob Danish has packed up most of his stuff when Ricky finds him. He's still feeling lousy about the whole week, what with the plane and Kate--"That gal's the greatest thing since Lava Lamps"--hurting him that he almost cries, but the greatest man who ever walked the Earth, Bob Danish's dad Dan Danish, told him real men don't cry. Well, the other greatest man who ever walked the Earth, Ricky Stratton's dad Edward Stratton III, told Ricky otherwise, that expressing your feelings and crying helps.

Bob Danish gives it a try, a real try, weeping with great sound and fury, enough to bring Edward and Kate out from the library. Bob Danish liked crying, and he's ready to leave. 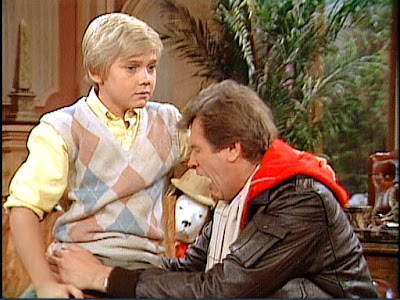 Bob Danish gets his composure back, calls Ricky Ricky, and offers a romantic, near poetic exit line. Kate asks who wrote it. Bob pulls something out of his pocket and says, "Some clown at a match factory." Cool. 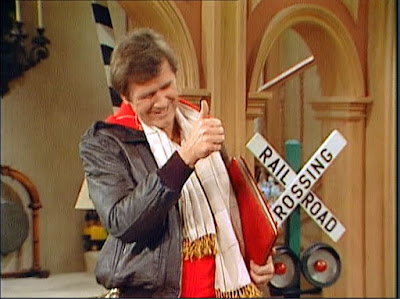 The writers and John Reilly do a bang-up job with Bob Danish. I'd like to think Reilly's performance in "Falling In Love Again" inspired them to write this episode, but I wish they'd brought him back (even if I can't readily see those episodes).  Sure he had a great exit, but characters don't change that much in sitcoms, and he could have lived to annoy again.

Reilly has had a prolific, varied career as a primetime guest star and regular in soaps but far fewer comedy credits than this performance would suggest (multiple of episodes of Arli$$ and Son of the Beach among others). Too bad, but in this age of TV revivals, one can dream of a new show called...BOB DANISH.

Posted by Michael Cowgill at 1:13 AM