For our Run Joe Run YouTube play list, Rick found a clip of the NBC Saturday Morning Preview Revue from 1974, starring Jimmy Osmond (the youngest Osmond), a bunch of Sid and Marty Krofft puppets and characters, and a certain brown and black German shepherd. As per usual, the Kroffts created something equal parts gaudy, loud, and creepy. You should watch the whole play list, but if you're short on time, I've embedded the video below, and if you're even shorter on time, I've posted a bunch of screen grabs to pique your interest (or warn you far, far away). Shows previewed include Wheelie and the Chopper Bunch, Run Joe Run, Land of the Lost, Emergency +4 (an animated Emergency that included a team of 4 kids helping out), Go! (a live action show introduced by...the dudes from Emergency)*, Star Trek: The Animated Series, and Sigmund and the Sea Monsters.

*This preview mentions a segment where Jon Voight will tell kids about kayaking on whitewater. I can't help imagining his introduction. "Hey, kids. In my movie Deliverance, you might have seen me canoeing on whitewater and getting into some real jams. Now I want to tell you about the real-world fun and risks of kayaking on the rapids." 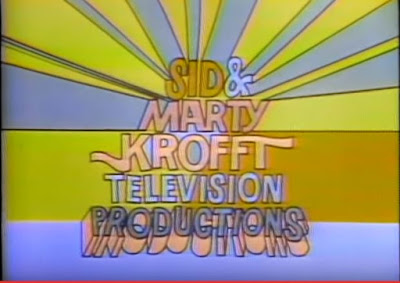