Reb Brown has had a long career filled with cult movies, but it's possible his TV career peaked with the two CBS Captain America movies we talked about in season 4..

As we discussed, there never was (but maybe could have been?) a weekly Cap series. Reb moved on to other projects.

It is weird to stumble upon the actor in the season two opener of...The Facts of Life? 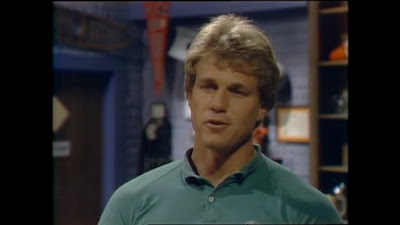 It all starts when Jo (in her maiden Facts of Life adventure) and Blair procure fake IDs to go to this fine establishment: 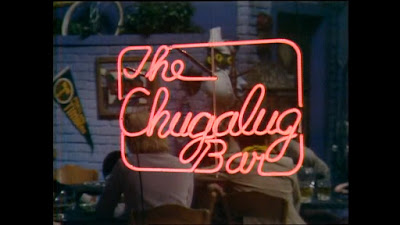 Guess who is checking IDs? Someone who looks an awful lot like Reb Brown: 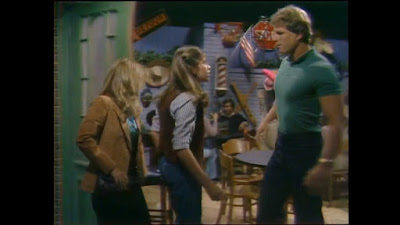 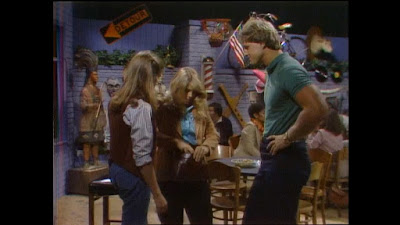 If I didn't know any better, I'd say TV's Captain America was relegated to a minor role in a...let's just say not necessarily top-tier sitcom.

Later, when one of the only figures more iconic and inspiring than the Sentinel of Liberty himself appears--of course we're talking about Edna Garrett--look at poor Reb just sitting in the background like some scrub. I mean, he's the one who let them into the Chugalug, but he's hanging out in the corner while the proprietor gets a dose of Ednification. 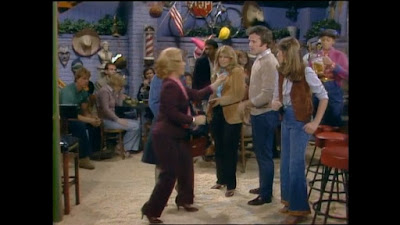 Not only is this whole appearance not treated as a big deal within the show (he doesn't get an audience WHOOOOOOO! when he appears, for one thing),  but he barely gets billing, relegated to the scrolling end credits with an anonymous description instead of an actual name.

We have found a way to overlook this insult: Clearly this is not Reb Brown, actor, taking a bit part. It's CAPTAIN AMERICA going undercover at the Chugalug to expose...Commie spy ring? Hydra operation? Meatpacking fraud?

Whatever it is, it's clearly more than just checking IDs at a backwoods dive bar.

Which Sci-Fi Show Should We Cover In Season 4?

Which Workplace Sitcom Should We Cover in Season 4?