1) MDA Telethon: Labor Day just isn't the same anymore without Jerry Lewis hosting the annual extravaganza. When Mike and I have our inevitable bitter breakup, I want us to be reunited by Frank Sinatra on national television.

2) The Loch Ness Monster: We don't care what any fancy report says, it'll always be a monster to us, not a dumb, old eel! That is, we can't say definitively that he is not a monster, and the probability is that there is evidence to indicate it may be a possibility...

3) The Carol Burnett Show: The show was the subject of a cool podcast episode from Closer with author Wesley Hyatt, and Roku Channel just added an assortment of episodes from the series' first five seasons.

4) Star Trek: Both the Original Series AND the Animated Series premiered on the SAME DATE--today--in 1966 and 1973 respectively. COINCIDENCE? 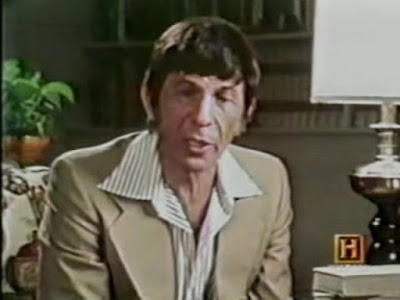 6) Alan Thicke: I just want another excuse to post this:


7) Willie Tyler: Happy 78th birthday to Tyler, and we also give a shout-out to Lester.  Yeah, that sentence isn't very impressive in itself, but I didn't move my lips when I wrote it.

8) Heather Thomas: Happy birthday to Ms. Thomas, and who wouldn't jump off a tall building for her, amirite?

9) Bob Newhart: The comedy legend turned 90 this week, and Decades is celebrating all weekend with The Bob Newhart Show, Newhart, and Bob. What, no love for his obscure series BN?