Ah, the days when pimps were celebrated as heroes in the culture! We didn't get into the brilliance of Theodore Wilson as Sweet Daddy Williams in our Good Times episode this week, but don't let that stop you from enjoying one of the most memorable recurring characters of the era: 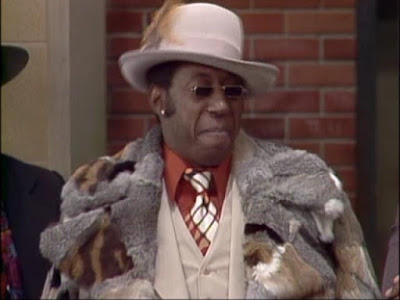 As we mentioned in our show notes, Wilson was only in 7 episodes in the series' 6 seasons, but he made such an impression each time that it feels like he was in more. After making his screen debut in the 1970 adaptation of the Chester Himes novel Cotton Comes to Harlem, the actor was already a fixture on the tube when he joined Good Times. Among his guest spots were The Waltons (his TV debut), What's Happenin'  (the Doobie Brothers episode), and All in the Family. As a regular, he's a riot as the postman (later barber) Earl on the short-lived That's My Mama. 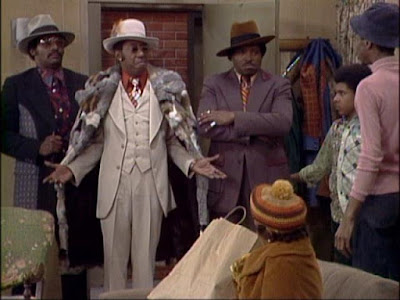 In this solid episode, Sweet Daddy backs J.J. and wants to set up a one-man art show for him. In an interesting twist on the usual dynamic that we discuss in the podcast, James wants nothing to do with that "hustler's money," and Florida is the one who rationalizes it by saying what a break it is for their son. 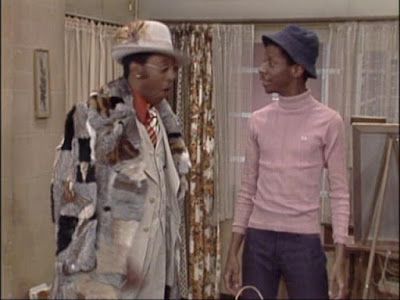 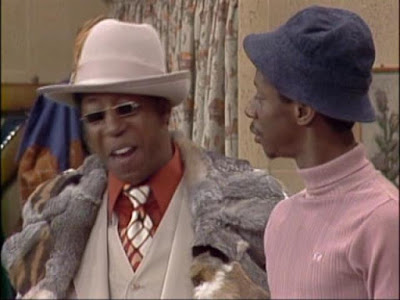 Things get complicated when Michael takes a ride home in Sweet Daddy's car and then the Evans family gets a new refrigerator delivered by some of his muscle. Will James put up with the growing presence of "that hoodlum" in the family's life?

Yes, the character is a bit of a cartoon. And, yes, his presence does add a bit to the general buffoonery that stars John Amos and Esther Rolle were protesting: 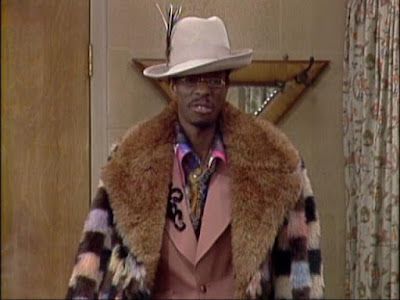 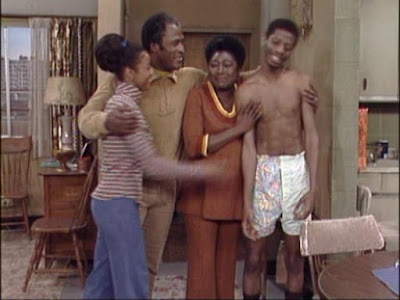 Yet Teddy Wilson is funny and charismatic, and his appearances are always a treat. He remained a constant on TV after Good Times, popping up in BOTNS programs like The White Shadow and The Golden Girls in addition to many others. He died way too young--only 47--after suffering a stroke in 1991.

Still, even if Florida and James weren't fans (in fairness, the show does make it clear that Williams is a hoodlum not to be celebrated, but you can't help but enjoy watching him), I sure was. 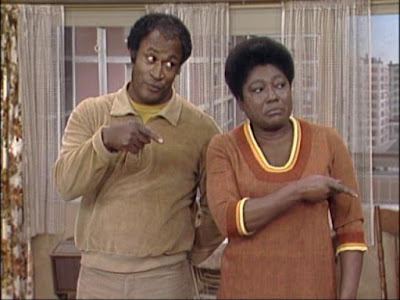