The crack research team at Battle of the Network Shows managed to get its hands on the diary of Frank, least memorable member of Bob Dolan's crew in the Lowenbrau ad. We offer these exclusive insights into a man, even with his diary in our possession, known simply as Frank. 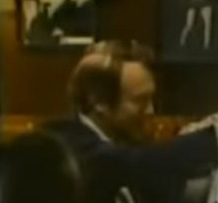 October 2, 1972: Dear diary, we brought on a new hire today named Bob Dolan. He's already a hit here in the office, talking sports, telling jokes (he knows them all), and taking to his training like the proverbial duck to water. Why, by the end of the day, everyone had stopped calling him Bob and started calling him Dolan. A sure sign of charisma. Note: Jimmy V. kept a wary eye on him. Does he see competition?

October 27, 1972: With the Watergate scandal in the air, a lot of Nixons showed up at the office Halloween party at Manny's Steaks. Dolan didn't wear a costume. He doesn't need to to get attention. Instead, he held court in a round booth, telling stories too scary to believe about his encounters with a strange family that, he swears, looked like movie monsters. A natural storyteller, he roped us in, then let us doubt, then roped us back in. The kicker, photographs! One shows a young Dolan with a swell gal, the other her creepy uncle. That Dolan. I managed to snap Polaroids of them while he wasn't looking, and I've reproduced them here. 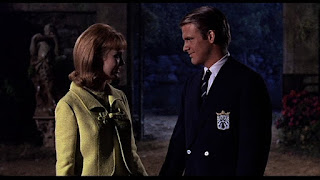 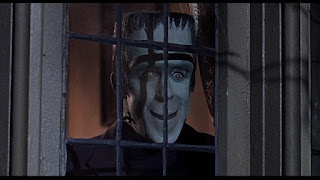 December 22, 1972: Well, Dolan hasn't moved up the work ranks yet, but, boy, has he moved up the social ranks. Jimmy V. has all but ceded leadership to him amongst our little crew. Only, Dolan plays it so relaxed that a casual observer might not notice the difference. He's even gotten Mike to shut up with all his Nixon support. He bought the four of tickets to a Knicks game. I wish I liked basketball more. I didn't say anything, though.

February 14, 1973: Dear diary, I bought Beatrice a station wagon today, as an anniversary present. One year ago, we moved into our house in Fair Lawn. Jimmy V. and Mike went out on the town looking for lovely ladies. Dolan said he had other plans.

February 15, 1973: Dolan got married last night! We celebrated with steaks at Manny's. I'd have rather had the stuffed flounder, but Dolan ordered before I could speak up. 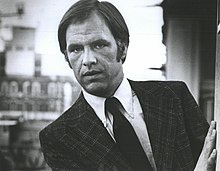 April 6, 1974: A banner day at Casa Frank. Dolan, Mrs. Dolan, Jimmy V. and his latest, and Mike and his latest rode the train out to Fair Lawn to watch the Mets play the Phillies on TV, try out my new charcoal grill, and just have a good time. At one point, Dolan took me aside and asked a lot of questions about Fair Lawn, the prices, the commute, even schools (is a little Dolan on the way?). I gave him fair and balanced advice. I think he expects that from me, being the numbers man that I am. Intriguing.

April 18, 1974: At lunch today, Dolan dropped a bomb. He and Mrs. Dolan are moving to Fair Lawn! I was very pleased to hear this, but then Dolan suggested the guys do the same, and it only took a minute or two of Dolan charm to win them over. He doesn't work in sales, but he could sell anything. I'd suggested the same thing to Jimmy V. and Mike a couple years ago, and they laughed at me. For minutes.

October 26, 1974: Now that everyone's made their way to the suburbs, we hosted a Halloween party. Lo and behold, even Dolan wore a costume. Here is in my rumpus room as a California Highway Patrolman. (Picture inserted November 15, 1974 --F). 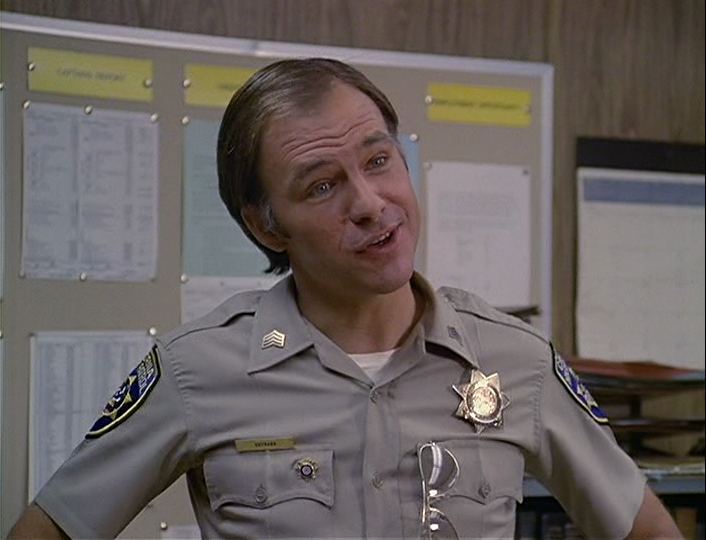 June 21, 1975: Dolan had us all over again, this time to enjoy his brand-new above-ground pool. We had quite a time, and Dolan had something kind of special for us, a new German beer called Lowenbrau. I detected hints of oak in it.

Note: From what we can tell, Frank stopped writing in his diary from January 1976 till January 1977.

March, 19, 1977: Dolan brokered peace between Jimmy V. (and by extension Mike) and me. To celebrate, we had Lowenbrau. If I'm honest, I still have mixed feelings about the situation and Dolan's role in it, but we're co-workers and neighbors. As part of the deal, I've agreed to drive us into work three days a week. The other two, we take the train. No one else has a car large enough for four. Bea won't be happy.

November 24, 1977: Thanksgiving at Dolan's. Mrs. Dolan can put on a feast, and Dolan made his famous mashed potatoes. It was our first chance to meet Little Jimmy V., only home from the hospital for a month now. He has his father's looks.

December 17, 1977: A quick note before I leave work. Meeting the guys at Manny's and, we hope, seeing the Knicks play the Bulls. Dolan still has to find tickets. I think I'll get the stuffed flounder.