BOTNS Special Investigation: "Gordon Jump as himself" on "Caroline in the City"

Mike and I were both amused by the sheer randomness of one of Gordon Jump's appearance on a second-season episode of Caroline in the City as we considered his credits. The fact that he appears as himself somehow makes it even more random.

Of course, Jump, though best known for his role as Arthur Carlson on WKRP, made scores of guest appearances in his distinguished TV career. Still, this one is peculiar. We launched a Special Investigation to get the details. Why did Gordon Jump, of all people, make an appearance on Caroline in the City, of all shows, in 1997, of all years?

Well, we have no idea. Couldn't find anything explaining it.

But we did watch the episode!

Jump has but a small cameo in Season 2's  Caroline in the City, and he isn't even named. In fact, he's not even germane to the main plotline, that of Caroline's assistant/love interest Richard getting involved (professionally...or is it more?) with a wealthy art patron played by Ann Magnuson. 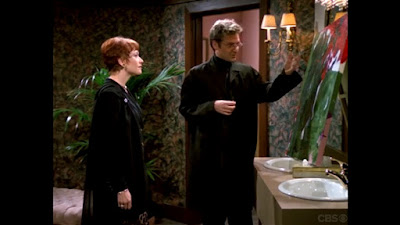 He's identified not as Gordon Jump, not as "Jumpman," not even as, "The guy from WKRP," but as the Maytag repairman! The joke is that Caroline's sassy friend Annie (Amy Pietz was not just sassy but SAUCY in this one--one of the more underrated 90s sitcom characters, for my money) lets the thrill of being recognized for a foot powder commercial go to her head. 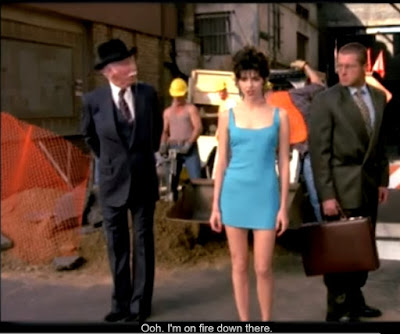 She receives, then expects, preferential treatment. On a date, she drops the "Do you know who I am?" card and is denied, only to see Jump breeze right in and be seated.
It's an amusing gag, and while we can quibble about wasting the great Gordon Jump on a throwaway bit, that's the genius of it--that out of nowhere Gordon Jump shows up to this restaurant as the example of someone more famous than Annie. 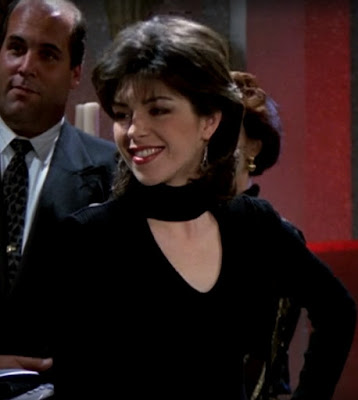 Sorry, we don't know. We DO know that he wasn't the only familiar face in Caroline and the Kept Man. 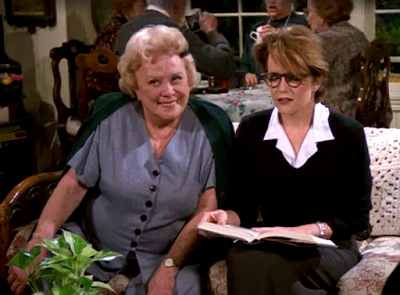 Sadly, Marie's Dick Van Dyke Show co-star Morey Amsterdam, who appeared with her in a season 1 episode of Caroline had died before this one was produced. However, another comic standout--less accomplished but with his own following--shows up as the maitre'd at the restaurant: 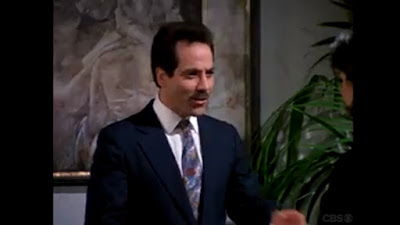 Yes, it's Larry Thomas, AKA the Soup Nazi from Seinfeld!

So we don't have answers about Jump's appearance, but we have several other familiar faces, making this a worthwhile journey out of the BOTNS era and into February 1996. 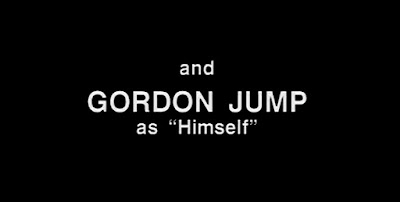 We regret to inform you we have one more unsolved mystery here: Why in the heck is he billed as playing "Himself" in quotation marks? Maybe this version is considered an alternate-universe Gordon Jump who should not be confused with "our" Earth-Prime version of Gordon Jump.﻿
Posted by Rick Brooks at 6:00 AM