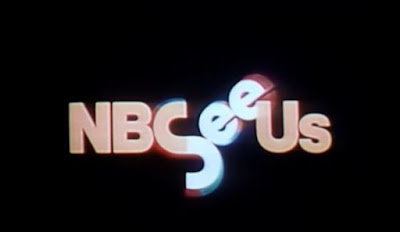 We here at Battle of the Network Shows have a soft spot for the lean years at NBC, the pre-Must See TV years that allowed both the mediocre and the groundbreaking to thrive. In season one, we talked about CHiPs, Family Ties, and The Facts of Life, all shows that began during these years while many, many others came and went. We plan to discuss a few more in season two. While we praised CHiPs for being CHiPs--in other words pleasantly entertaining--we (or at least I) can't call it "quality" television. Still, between 1982 and their return to success in 1984, NBC also introduced or stuck with struggling but groundbreaking shows like Hill Street Blues (1981-1987), St. Elsewhere (1982-1988), Cheers (1982-1993), and Late Night With David Letterman (1982-1993). Of course, even in the climb back to the top, they also had hits in shows like The A-Team and Knight Rider (in other words, shows ripe for our little podcast).

For now, though, let's look back to the glorious fall of 1978. Jimmy Carter was in the White House, the Son of Sam got 365 years in prison, Pope John Paul I succeeded Pope Paul VI, then died a month later. In music, songs like "Three Times a Lady" (The Commodores), "Miss You" (The Rolling Stones), and"Grease" (Frankie Valli) topped the charts. The top three movies of the summer were Grease, National Lampoon's Animal House, and Hooper, and Superman would arrive in December.

On TV, NBC invited us to NBC/Seeus with this stunning 28-minute fall preview. Feel free to watch and even you don't, skip ahead to the 27-minute mark for the full NBC/See Us song. Either way, I'll break down the slate of new shows you've probably never heard of. Think of it as a sort of "What We'd Like to See" even if we don't always want to see them.


Grandpa Goes to Washington (:27): Jack Albertson stars as a teacher forced to retire who through sheer crankiness and gumption winds up a senator. Here he plays Grandpa Joe Kelley, but you probably remember him as Grandpa Joe in Willy Wonka & the Chocolate Factory. Other stars include Larry Linville (M*A*S*H, CHiPs "Roller Disco"), Patti Deutsch (uh, Match Game), and at least in the pilot Rue McClanahan (The Golden Girls, Mama's Family, something mentioned below). Weirdest part. Political operatives glom on to Grandpa Joe for his frankness after he embarrsess Governor Bonks (probably spelled differently, but why spoil a good thing?), but Grandpa agrees to run for U.S. Senate because of the paycheck. Later in the preview, he hints at an interest in the presidency for the same reason! "Watch out, Washington. Grandpa's on his way!"

Fine. He plays a high-school teacher-coach in this sitcom and had to deal with a sexy, hard-nosed lady principal, students, and an obsequious colleague and stuff. Oh, he coaches a hapless basketball team that even--gasp--has a girl try out. Um, one of his students (probably an extra) looks like a young Pete Townshend. "You be sure to come around and see Joe in The Waverly Wonders!" 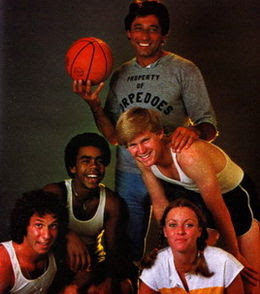 Lifeline (7:02): A docuseries about a doctor saving babies. Can't really make fun of that.

Dick Clark's Live Wednesday (10:00): Yes! A variety show from then 78-year-old Dick Clark! Dick claims "it will present everyone you want to know about, see, and applaud." Wow. I hope that includes Norman "Dack" Rambo, star of NBC's Sword of Justice. By the way, his whole presentation seems simultaneously smooth and rehearsed and off the cuff. Anyway, let me just let Dick tell you about it.


As a matter of fact, we've taken some of the elements of the, uh, successful Dick Clark's Good Old Days, which proud to say did, uh, phenomenally well against the first game of the World Series...(footage of 1950s-like behavior) incorporated those moments into a variety show that's gone short, pacey, and live. It crosses the generations, spans aaalll of the performing arts--headliners, fad makers (or possibly bakers), the greatest, and the latest, the concerts, reunions, spectacles, and stunts. Whether it's, uh, a flash from the past or a glimpse of tomorrow, if it interests you, then we've got it. There's nostalgia with a twist, updates on celebrities out of the headlines--what are they doing, where are they now, that sort of thing--but the key is entertainment presented in the tempo of the day, the latest word in sights, sounds, and stars. It's Dick Clark Live Wednesday.

The Eddie Capra Mysteries (11:05): This clever detective series looks like most clever detective series--mildly entertaining and reliant on the clever detective's charisma to put it over, but I love how the great voice-over tries to put over Eddie Capra (Vincent Baggetta) the way an established series might try to remind us of one of its character's quirks--say, syndicated Seinfeld ads focusing on Kramer or network New Girl ads focusing on Schmidt. Only, we've never heard of Eddie Capra! On with the voice-over, but stay tuned for a "fun fact" afterwards:


This is Eddie Capra. He solves murders. His staff is small (image of Capra, a young man, and a young woman), devoted (image of Capra and the young woman making out on the floor), and learning how he works (Capra in front of a chalkboard while the young man and young woman look at him slack-jawed as if he's explaining Einstein's Theory of Relativity--also, Capra bets a cheeseburger deluxe about whatever he's talking about). His methods are 100% Capra...and full of surprises. Solving murders, even for Capra, can be a dangerous business...(guns, car chases, car going over cliff, you know, the usual) but Capra's best weapon is his brain. (George Hamilton guests, the preview shows Capra solving the crime, reinforcing the idea that we should watch not for the mystery but for Capra. Also, after all this--something involving magnets--Capra grins, pops an eight-track in the his convertible's deck, and drives off with opera blaring). Capra--he'll solve all your problems!

Fun fact courtesy Wikipedia: the producers adapted some of the scripts from ones meant for Ellery Queen (1975-1976).

Bonus fun fact: CBS aired episodes of Capra in 1990 in primetime to fill in for Wiseguy.

W.E.B. (14:22): An intense behind-the-scenes drama about network TV. "Pamela Bellwood stars as Ellen Cunningham--on her way to the top." She's "talkin' about rippin' it apart, puttin' it back together some other way." All right. Unfortunately, it takes a toll on her personal life with "boy genius" and fur-coat-wearing David (Zalman King). Alex Cord (of Airwolf fame) plays her unsympathetic, possibly health nut, mustachioed boss Jack Kiley. Hmm. Seems like Network minus the satire but with lots of emoting. "W.E.B., the show about making it in TV does exactly that this fall."

Unfortunately, W.E.B. only lasted till October and got replaced by the intriguingly titled David Cassidy: Man Under Cover. Please be a literal title, please.

Centennial (17:14): Finally, something I've heard of. This epic miniseries adapted one of James A. Michener's doorstops, this one about the history of the Western United States and ecology, with a cavalcade of stars. 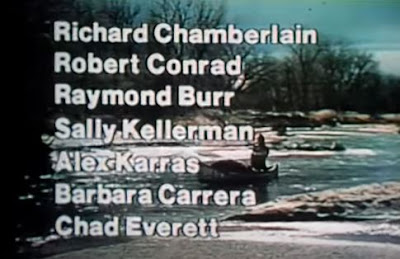 This preview features Burr, Conrad, and Chamberlain doing weird accents. I remember seeing some of this on TNT or TBS back in the late eighties, and STARZ Encore still reruns it. In fact, you can watch it through their STARZ app on streaming devices (with account verification, but as long as you have formerly known as Encore, it's available) and probably on demand.

Thus endeth the new shows. They also quickly (as in too quickly) show titles for "a galaxy of specials and multi-part movies." These include specials from Bob Hope, Steve Martin, Helen Reddy, Bette Midler, Chevy Chase, Tony Orlando, and Mac Davis! 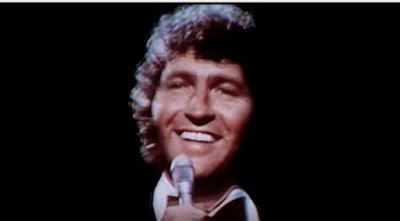 The titles of the multi-part movies rush by, but they include a number of famous novels. Special events range from the Miss America Pageant and the Canine Hall of Fame. Then we get more TV movies with big stars (Cindy Williams, Richard Crenna), plus title cards for Flash Gordon (animated), Buck Rogers, and Magic Starring Doug Henning. Great Movie Nights promises the likes of Airport '77 and the King Kong remake. We also get a glimpse of returning shows like CHiPs, The Rockford Files, Little House on the Prairie, Quincy, The Tonight Show with Johnny Carson, and Saturday Night Live.

That wraps things up except this last bit for comparison. Take a look at the list of shows from ABC's own 1978 fall preview. Again, even if you don't watch the whole clip, skip ahead to the eight-minute mark to hear the song (and see it "performed" by the ABC family), but it's worth a watch for Ernie Anderson's voice-over work alone.

While all these shows might not represent the best in TV of 1978, they all pretty much had good runs, and many remain in the general pop culture. Hard to say that about that NBC list.

*Apple Pie (5:00 just after the erroneous "Sunday" graphic): The one exception here. The great Rue McClanahan, the great Dabney Coleman, and the great Jack Gilford starred in this 1933-set sitcom about a crazy family. "I'm supposed to be irreverent," shouts Jack Gilford (right after Anderson refers to him as irreverent), "I'm old!" Norman Lear created this one for McClanahan, but only two episodes aired. Kind of want to see it.


Posted by Michael Cowgill at 6:00 AM