*The roast of Peter Marshall premiered May 2, 1977, at 10:00 P.M. on NBC, airing against The Andros Targets (CBS) and a movie/failed pilot called Roger & Harry: The Mitera Target (NBC) starring John Davidson as a private investigator.

*Peter Marshall (1926-still around and doing well) was born Ralph Pierre LaCock. His son, former major leaguer Pete LaCock, didn't change his name and ensured kids everywhere would have at least one baseball card that could make them laugh out loud. 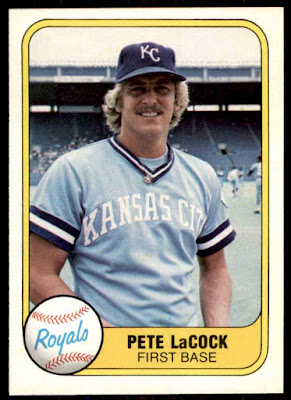 *The roster of roasters:

*I apologize for making a Teen Mom reference on the podcast. It was done to make a point and will not be repeated this season.

*Wayland Flowers' puppet Madame is, according to this, based on an actual person: Marjorie C. MacGregor, a fixture in D.C.

*Jimmie Walker says some very interesting things about the Dean Martin Celebrity Roasts in his autobio--so interesting, in fact, we will share them in a separate post!

*Foster Brooks was almost 65 when this aired. He later snagged a recurring role on Mork & Mindy, which we talk about here.

*The third canceled Paul Lynde show Karen Valentine refers to remains a mystery, but in addition to The New Temperatures Rising and The Paul Lynde Show, which we mention, Lynde also starred in multiple failed pilots.

*Zsa Zsa Gabor was in Moulin Rouge and Touch of Evil, not to mention Queen of Outer Space, before becoming more known just for being Zsa Zsa.

*Pat McCormick was an actor, game show panelist, and head writer for The Tonight Show.