1) Legends of the Superheroes: This week's podcast celebrates the Challenge and Roast NBC specials , which debuted almost 41 years ago and were fondly remembered for...almost 3 weeks.

2) Ed McMahon: As we mention on the show, Eddie Mac inaugurates the Three Timers Club with his prominent role in this week's podcast, following appearances in CHiPs and ALF. The prize is a yellow blazer and a six-pack.

3) Reading Rainbow: Friday was Book Lovers' Day, which reminds us all that while TV is great, so are books--like Total Television, The Complete Directory to Prime Time Network and Cable TV Shows, and of course, A Book by Desi Arnaz.

4) Smokey Bear: The iconic fire safety advocate turned 75 this week. One question: When did he lose his middle name, "The"? It's like he just stopped using it and everyone went along with it. Shows how much power the guy still has.

5) Norman Lear: They're doing more Lear sitcoms as live specials later this year, and frankly I think people are gonna get sick of ol' Norm. The good news is ABC hasn't revealed which shwos will be adapted, meaning Hot L Baltimore is still in play!

6) Buck Rogers: Seasons 1 and 2 are now available for streaming free on the NBC app.

7) Shelley Hack and Tanya Roberts: The box cover art for the forthcoming Charlie's Angels Blu-Ray set from Mill Creek gives these two pretty much equal footing with the others, and I think that's a big win for them.

8) American Graffiti: Premiered today in 1973 and inspired the great blend of nostalgia, family humor, and elephant dancing that we know as Happy Days. 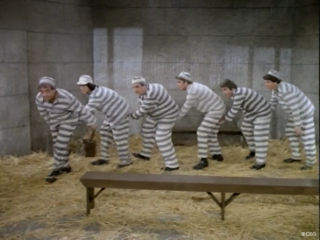 
10) Bruce Willis: Did you remember that Bruce hosted the Emmy Awards in 1987? I sure didn't. This week's announcements that the upcoming Emmys will be hostless makes us yearn for the days when you could get some random star to do it. The next year, John Laroquette was the emcee, and then it was the triumvirate of Jay Leno, Candice Bergen, and Jane Pauley!