We at BOTNS hoist a Lowenbrau for the late Jed Allan, who passed away last weekend at the age of 84. A lot of the coverage mentioned his role on Santa Barbara, and this warm tribute by Ian Ziering centered around his playing Steve Sanders' father on the original Beverly Hills 90210.

We salute him for his role as emcee of that classic example of 1970s pop culture, Celebrity Bowling. As we discussed in a season 3 episode, Allan brought a certain charm to the series with his easygoing yet confident manner on the set, his snazzy dressing, and his--well, his attempts to explain that cursed "best ball" format (Hey, that was a tough task for anyone).

Let's all fire up our Amana ranges and cook up a memorial feast for Mr. Allan! 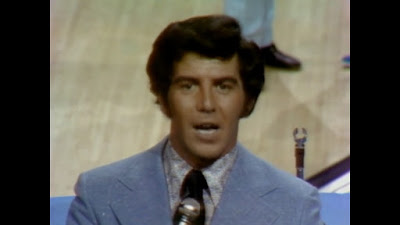 Email ThisBlogThis!Share to TwitterShare to FacebookShare to Pinterest
Labels: Celebrity Bowling, In Memoriam