*We hope you enjoy this detour into the promotional aspects of BOTNS-era network TV--an area that is often under-discussed but fondly remembered!

*The Chicago Teddy Bears aired for 13 episodes in 1971 on CBS. Set in 1920s Chicago, it somehow failed despite a cast including Marvin Kaplan, John Banner, and Art Metrano!

*Still the One by Orleans appeared on the Waking and Dreaming LP and made it to #5 on the Billboard Hot 100. 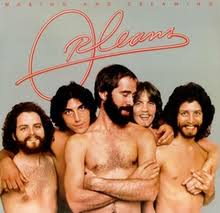 *Here is an interview with Jake Holmes, who wrote jingles like Be All That You Can Be and many, many others/

*Check out our previous discussion of Charlotte Rae here in our Facts of Life episode.

*Who do you think won the battle of the network promos?
Posted by Rick Brooks at 6:00 AM