1) Henry Winkler: Who is the face of our Battle of the Network Promos episode? Gotta be this guy in the upper right. 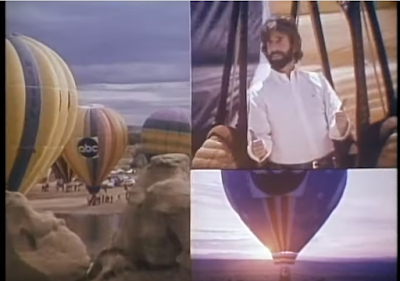 2) Nell Carter: A runner-up has to be Force of Nature Nell Carter, who singlehandedly made it look like NBC was actually a big deal:

3) Eight Is Enough and Three's Company: On this same blessed day, these two classics premiered on  ABC. Both shows, of course, went for the exact same episode and shared identical sensibilities. You could have swapped DVP and John Ritter and had the same result.

4) Quincy, M.E.: I think every season, Quincy had to deal with some kind of contagious outbreak of something and the suits WHO JUST DIDN'T GET IT. We could use a lot more men like Quincy, but then that's been true for 35 years.


5) The Carol Burnett Show: Prime Video keeps adding more seasons of the long-running classic--the edited versions, yes, but still, it's nice to see this show get such a big (if unpublicized) rollout on streaming.

6) Jimmy Baio: Happy birthday to one of the stars of our recent Soap episode, still a teen idol even at 58.

7) Tenspeed and Brownshoe: Shout! Factor's deal this week to nab streaming rights for most of the Stephen J. Cannell library surely means a renaissance for this show and not just 10 more outlets showing 21 Jump Street.

8) Earl Pomerantz: R.I.P. to the creator of BOTNS favorite Best of the West and an accomplished producer, TV writer, and blogger.

9) Alan Alda: He's the subject of a glowing profile in today's Washington Post. His big thing is listening.  Hey, I hope he listens to our podcast!

10) The state of Indiana: It takes several watches--and, yes, I have given this several watches--to realize it isn't a tourism board promo, but a local TV promo. All this is missing is a young Woody Boyd narrowly avoiding a tractor accident!