1) Mabel King: The other day, I was doing a crossword puzzle with my esteemed girlfriend and Friend of the Show when we saw King was the answer to a What's Happening! clue! That is more than enough reason to top this list.

2) Boba Fett: The star of the Star Wars Holiday Special made headlines last week when a rare action figure hit eBay with an asking price of $225,000!  For that kind of money, I could get all the cool TV Funkos and Megos I want...but if listeners want to take up a collection, we'd be happy to get Boba for the BOTNS studios.

3) Free to Be You and Me: Marlo Thomas' classic 1973 special was subject of a Stars in the House tribute Friday.


4) Cher: A new Time-Life DVD set showcasing her TV career came out this week, and I won't complain about the price because these things are expensive to produce, and...and...well, frankly I'd love to get screeners if you're out there, T-L.

5) Mel Brooks: Happy birthday to the comic legend and creator of When Things Were Rotten!

6) Sam and Diane: Kudos to The Av Club's Vikram Murthi for this thoughtful exploration of one of TV's most notable couples. Even if you don't agree with everything in here, it's a great read.


8) Mr. Roarke: Guess which humble podcaster just got this bsdboy for his desk: 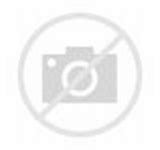 9) Lester Crystal: R.I.P. to the man instrumental in the creation of The MacNeil/Lehrer News Hour. I believe legend has it that PBS told him. "Hey, we want something like that Roger Mudd thing--only sex it up."

10) Jake's Way: On this date in 1980, CBS aired this unsold pilot starring Robert Fuller (Laramie, Emergency) as a Texas sheriff.  Hey, Disney controls this. I'm sure we can expect to see this on Disney Plus soon given the company's commitment to preserving and exhibiting its vast television archive: