On January 20, 1976, 45 years ago to the day, CBS kicked off the night with a Good Times that gave us one of the great characters of the era.  The episode title says it all: "Sweet Daddy Williams!" 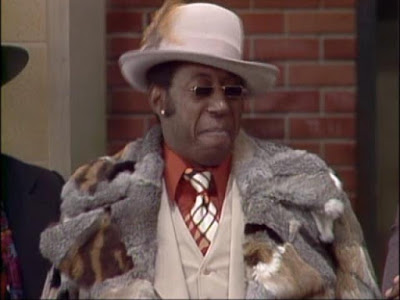 After our season 4 Good Times episode, I wrote more about this particular program and the greatness of Teddy Wilson and the character. I can't say much more today, but I will add that the program following Good Times on 1/20/76 was the debut of another "ethnic" sitcom, Popi.

Despite goo intentions, the show lasted only 11 episodes, 6 of those burned off in the summer after the show was canceled. This isn't to be confused with the 1969 movie with Alan Arkin and Rita Moreno, though at least one big site does confuse the two!

The show's lead was Hector Elizondo, who talks about the experience here in this entertaining clip and indicates it was crushed by Happy Days.