1) Ace Cannon: Shout-out to Sean Mc for posting a vintage commercial hawking a collection of one of the greatest musicians of the 20th century: Ace Cannon! Check this out: The man's music is truly appropriate for any occasion:


Just look how captivated the partygoers are in this ad. Cannon and his sax could command the room in any setting.

2) Maureen McCormick: In light of the announcement that McCormick is the latest Brady Bunch star to get a show on the network, HGTV should just launch a spinoff channel called BBTV.  You know, Bed and Breakfast TV,. aimed at travelers looking for destinations to enjoy. Wouldn't that be cute?

3) Steve Martin and Martin Short: The two comedy icons are joining forces for a series on Hulu, which excites me because...it may lead to The New Show finally appearing on the service! No, the show itself sounds like it could be good.

Hey, why is Bernie Goldberg asking Dolan's pal about his salary?

5) KISS: Fresh off its guest appearance in our 3-2-1 Contact episode this week, the group enters the countdown at #5 this week. It's not true that the band is selling printed commemorative versions of this list for $9.95 on its website.

6) Jean Stapelton: Happy birthday to the late All in the Family star, who was a few years younger than Marisa Tomei is now when the series premiered.

7) Nicholas Colasanto: It's cool that the performers behind two of the most endearing "daffy" characters in sitcom history were born a year apart on the same day!

8) The Dukes of Hazzard: After a curiously short sting on Prime Video a while back, the series is now on Amazon's IMDB TV service.

9) National Popcorn Day: Eat up, everyone! 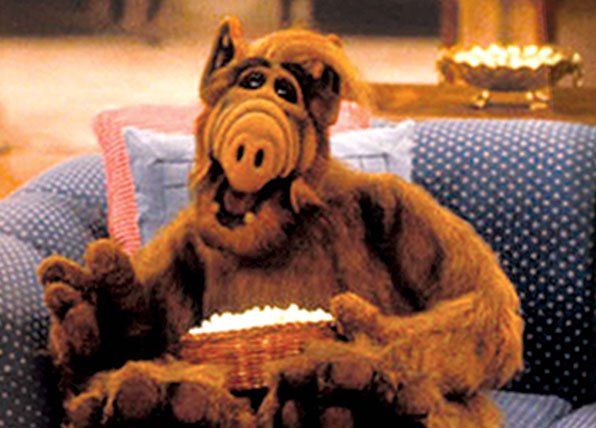 10) Alan Alda: The star was cool enough to take this 2019 Me-TV Alan Alda quiz and post about it on Twitter.