The Brady Bunch warned us this episode was gonna be rough

I mentioned on the current episode of BOTNS that one of my least-favorite Brady Bunch episodes is the one with Robert Reed and Florence Henderson, each in a rare dual role, playing their grandparents. We get a tipoff at the beginning of this episode that this isn't gonna be a "good" one; no, it's gonna be a showcase for the performers: 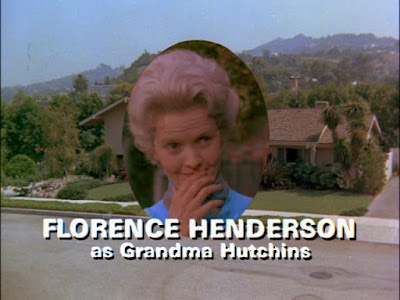 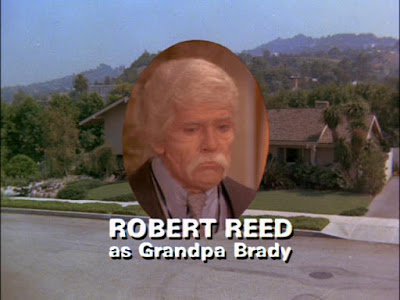 In my humble opinion, the proper way to do it is to either not give extra billing for the performers or to put it at the end. Also acceptable is ??? as the actor's name.

In this case, The Brady Bunch is so proud of this acting achievement--age makeup, creakier voices, etc.--that it's putting it in our faces right from the get-go. The episode confirms this sign of trouble, as Grandpa Brady played by Reed is stuffy and creaky, and, worse, Grandma Hutchins is that other stereotype of old people on TV: vivacious, straight-shootin' with her words, and full of spunk. Groan!

We may have more to say about this episode in an upcoming project, but here is another taste of what you're in for in "Never Too Old": 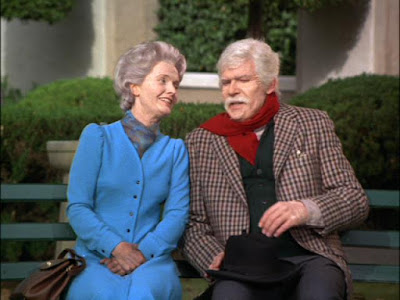