It's Star Trek day here at BOTNS, too.  The Original Series (the one that matters as far as this humble podcaster is concerned) premiered on NBC on this day in 1966.

The show is outside our standard 1970s and 1980s timeframe, but in rerun form it was a big part of our television experience in the era.  And don't forget The Animated Series!

So far we have "welcomed" Leonard Nimoy and William Shatner on the podcast. Could James Doohan be next if we do Jason of Star Command?  Or could Nimoy or Shatner return to the show sooner than you might think? 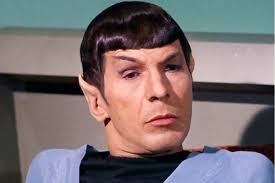 Email ThisBlogThis!Share to TwitterShare to FacebookShare to Pinterest
Labels: Star Trek, This Day in TV History