*Welcome to the newest edition of the show notes, brought to you this week from the home office in Pueblo, Colorado! We mean no offense to the fine people of Pueblo despite some of my hearsay on the podcast. Enjoy this look at what the place has to offer.  There is still a government office there!

*ARE TV stations required to show a certain amount of PSAs each broadcast day? It's confusing, as this site points out:

Here. for example, is a passage from a public relations handbook prepared by a large association for its members: “Television and radio stations are required by the Federal Communications Commission to allocate a certain amount of time to public service.”

Not so, says the National Association of Broadcasters, Washington: “Broadcasting is under no obligation to grant time to any specific group. There is no law which says a station must devote a fixed amount of time to community organizations.

*The Timer spots began on ABC in 1975. Longtime voice vet Lennie Weinreb voiced the character, who was created and animated by DePatie-Freleng. The character actually appeared earlier in two Afterschool Specials in 1973 and 1974 (voiced by Len Maxwell in the former).

The USDA currently recommends 3 cups of dairy each day, possibly including lower-fat cheeeses like part-skim or reduced-fat varieties.

*Sugar Ray Leonard vs. Thomas Hearns II ("The War") took place June 12, 1989 in Nevada. I screwed up the result on the podcast; the rematch was a controversial draw, while Sugar Ray won the 1981 fight by TKO.

*BOTNS makes no claims nor assertions regarding substances used by either of the parties in the aforementioned PSA.

*Learn more about the NFPA here! 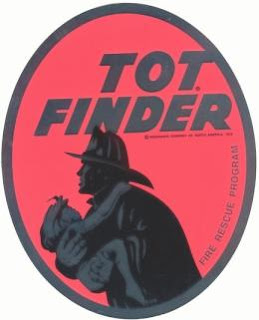 *The Instititute for Mental Health Initiatives may indeed be out of action according to this.
*You can check out XCrimeDogX here.  You can check out McGruff singing "Crack and Cocaine" here and in our YT playlist this week:

*The credited production company on the Dough Nuts is Greengrass Productions, which worked on a lot of ABC Weekend Specials.

*RIF is still around and active!

*I'm not convinced that IS John Vernon in the "Bookmobile" RIF ad, but it's possible. Does anyone know?

*Credit to YouTube commenter Louis Garrison for pointing out Wendell Brown is the star of that ad, but Brown is not credited with a role in Claudine. Is it possible two child actors were conflated here?

*The great oral history of the Star Wars PSAs is right here.

*Remember to not ever tell a lie (not even small ones)!