This Day in TV History: Did Bob Newhart read "People"?

40 years ago tonight, CBS aired a new special, People of the Year, produced by People magazine and spotlighting "the 25 most interesting personalities of 1981." It sounds like a light, frothy hour. What interests me is the host: Bob Newhart!
I can't find any footage of the show online, which lets me create the special in my mind. I have strong doubts that Bob Newhart was at all interested about who People ranked as the 25 intriguing folks of the year. However, I do believe seeing him either feign interest or display lack thereof would make entertaining viewing!
A look at the cover of the double issue of the magazine that lists the people in question reveals some of the personalities: President Reagan, Tom Selleck, and People faves like Liz Taylor and Princess Di. 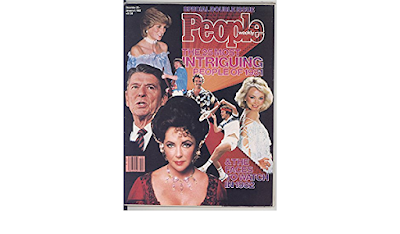