1) Good Times: March is a slow month for "new" era shows on streaming (even with the debut of Paramount Plus), but at least all episodes of this one, which we talk about here, are now on Peacock. Ain't we lucky we got 'em?

2) Mike Scully: Veteran comedy writer Scully discusses his career on the latest episode of Hollywood and Levine, and best of all, he describes his break in TV came when he worked for What a Country! If he had a hand in that rap scene, I am even more impressed than I am by his The Simpsons background.

4) TNN: It's also the birthday of The Nashville Network, something I didn't watch much when it was around but that I kind of wish was still here, anyway. 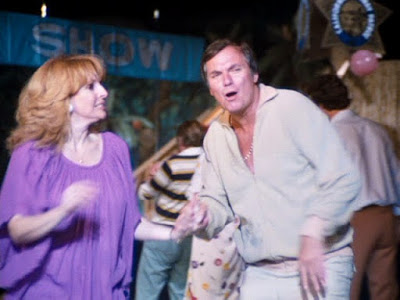 6) Catherine O'Hara: Congrats to the actress for her Golden Globes win last weekend!

7) Joe and Sons: Here's another look at the short-lived sitcom we talked about this week, complete with a radically different opening sequence:

8) Mary White: Now on Prime Video, this 1977 movie tells the story of famed newsman William A. White, who recounts how he was affected by the tragic blinding of his daughter. Wow, that sounds like a downer, but it has Genius Award winner Ed Flanders.

10) R.I.P.: Too many this week! The classy Irv Cross of NFL Today, longtime sports producer Mike Pearl, Dynasty's Geoffrey Scott, and a man who was a big part of my childhood, wrestling promoter Jim Crockett Jr.