Inside the Guide: TV Guide previews "Rockford Files" in 1974

TV Guide previewed the subject of our newest podcast, The Rockford Files, in its 1974 Fall Preview issue.  Here is its spotlight: 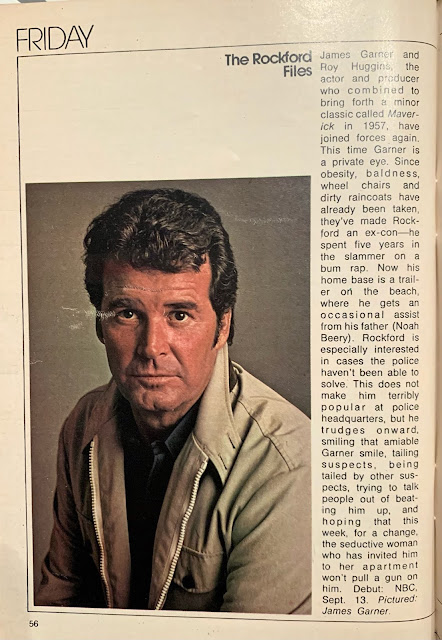 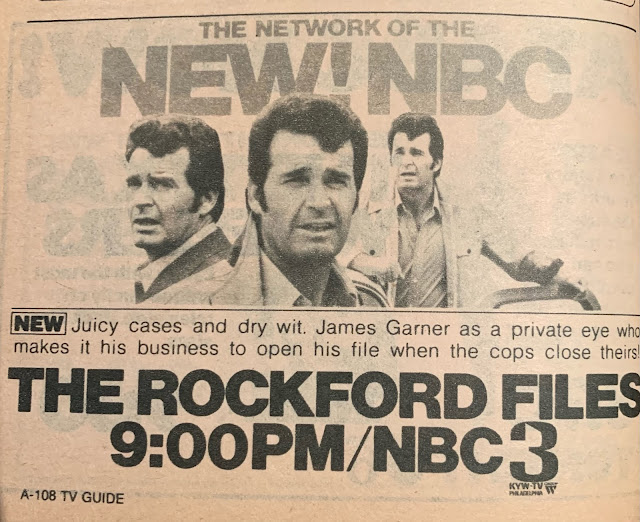 And finally, the listing for the premiere episode on Friday, September 13, 1974: 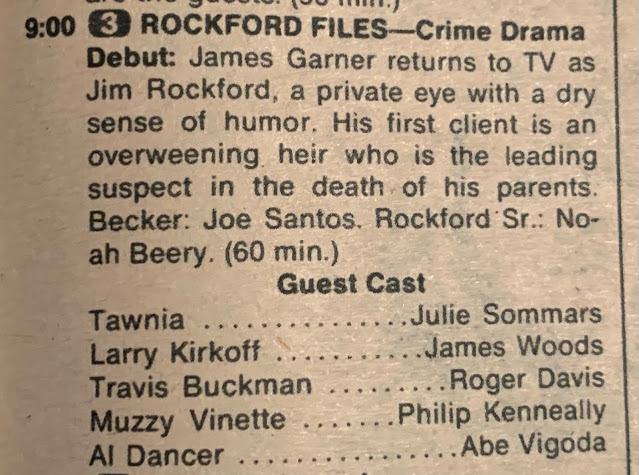 The thing that stands out to me is the reference to the other gimmick detectives on TV like Cannon. It makes it sounds like Rockford is another one of those and, I believe, shortchanges the quality of the program.

Also, the "Best Bets" column with picks for each day of the week does not mention Rockford but does single out fellow NBC program Sanford and Son and also mentions Chico and the Man as a likely hit. The only other show mentioned? CBS' Planet of the Apes, which author Stephen Scheur says is silliness saved somewhat by Roddy McDowall.

Email ThisBlogThis!Share to TwitterShare to FacebookShare to Pinterest
Labels: Inside the Guide, Rockford Files, TV Guide