1) The Easter Bunny Is Comin' to Town: Our new season kicks off this week with the 1977 Rankin-Bass special. Hey, I don't know about you, but I haven't even taken down my Easter tree yet.

2) Fred Astaire: His lauded performance as Kruger in that special may have him in early contention for a Batty, making him a candidate for BEGOT status--Wait, Fred never won a competitive Emmy, Grammy, Oscar, nor Tony? What wayward timeline be this?

3) Earth Day: It was Friday, and so I still haven't taken down my Earth Day tree. Let's take a look at a classic PSA:

Hey, it was either that or a Captain Planet clip.

4) Chopper One: The short-lived Dirk Benedict series is now on Crackle!

5) Apollo 16: 50 years ago, Apollo was in space. Uh, not Apollo from Apollo and Starbuck, but the NASA mission.

6) Kingston Confidential: We talked about this one yesterday, and now I want to see it! There just aren't enough TV shows about crusading investigative journalists turned media moguls turned crime solvers! (Thanks to the Classic Film and TV Archive for the pic) 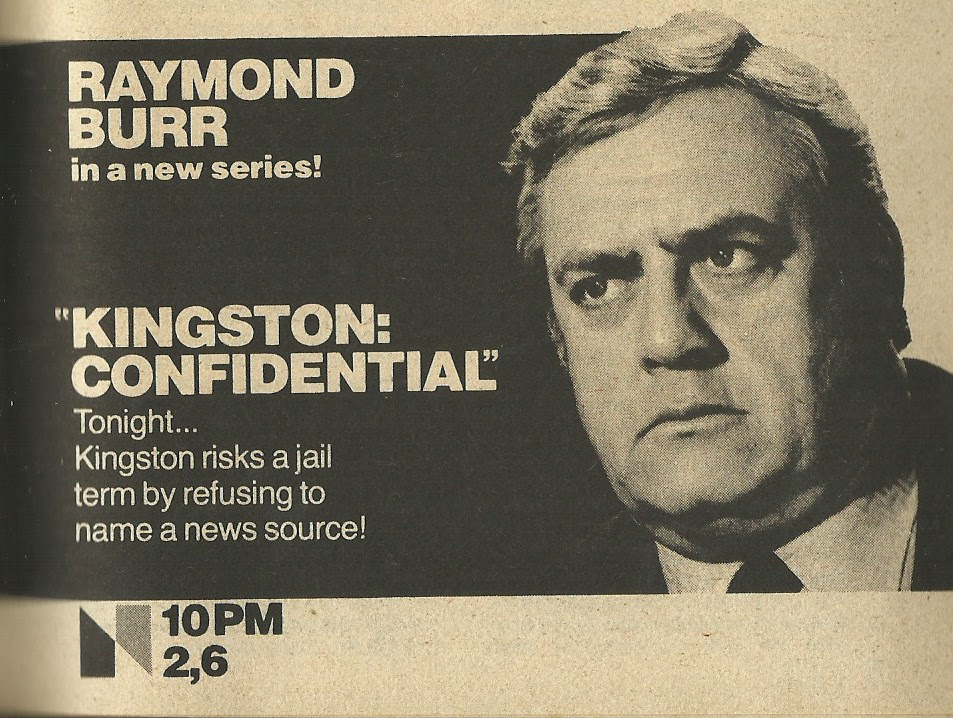 7) J.D. Cannon: Today would have been the 100th birthday of the prolific actor who was in everything but also was Chief Clifford in McCloud.

8) The Mysterious Powers of Man: 40 years ago on this date, Richard Basehart narrated this ABC special on the paranormal. I would love to see a narrate-off between him and Leonard Nimoy!

9) Dr. Strange: The 1978 TV movie we discuss here is coming to a new Blu-Ray from Shout!, but get it quickly because it's a limited edition and is liable to vanish to the astral plane faster than you can say "Peter Hooten's mustache."

10) Robert Morse: R.I.P. In addition to a distinguished career on stage and screen, he was a big voice performer, starring in The First Easter Rabbit among many other productions. One of his more unusual credits is voicing Howler on Pound Puppies.