1) Peter Billingsley: Let's face it: He owns December.
2) George Clooney: The actor was honored at the Kennedy Center last week, no doubt due to his work on The Facts of Life. (NOTE: I run this item knowing full well there is a risk that Matt Damon made a sarcastic reference to the show in the actual event, but I didn't see it.)
3) Bess Armstrong: Several notable actresses celebrate birthdays today, but let's give a special shout to Armstrong because Prime Video adding her 1977 sitcom On Our Own two years ago remains one of my favorite streaming video surprises.
4) Ed Asner: Stars like Brendan Fraser, Christina Applegate, and Jean Smart are participating in tonight's virtual table read of It's a Wonderful Life to benefit the Ed Asner Family Center. I shouldn't have to remind you: Table Reading Is Fundamental.
5) Headline News: It looks like it's another soon-to-be casualty of the new regime at Warner Brothers. OK, fantasy Headline News draft--who you got, Bobbie Battista or Chuck Roberts?
6) Last of the Summer Wine: I think Freevee just added 8 or 9 seasons of the Britcom, which sounds like a lot. and it is, but...that's less than a third of the series.
7) Cry for the Strangers: 40 years ago tonight, a bearded Patrick Duffy headlined this CBS TV horror movie.
8) MAX: HBO Max is said to be changing to MAX, clearly inspired by: 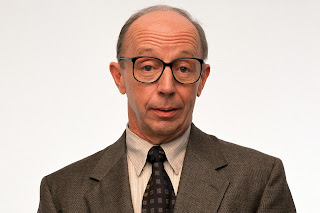 9) Bernie Kopell: Did the world really need an article built around a tidbit from a 1983 interview in which Kopell talked about how his character jumped rope on Love Boat? No. Am I glad MeTV published it, and did I read it? Yes.
10) R.I.P. Penelope, Bob McGrath, Kirstie Alley, Mills Lane:
Posted by Rick Brooks at 6:00 AM