As we discussed in our latest episode, NBC started the strike-distorted 1980-1981 season with a bang as new miniseries Shogun dominated the first week.  CBS and ABC would claim that the season didn't actually start until later in the year, when more new shows were ready, but by the end NBC's early lead was wiped out anyway.

However, NBC had Shogun for one glorious week in September:

NBC went all-out in promoting the mini, running big display ads in TV Guide each day the series aired. Here is a look at the original print advertising from the September 13-September 19 1980 edition of the magazine: 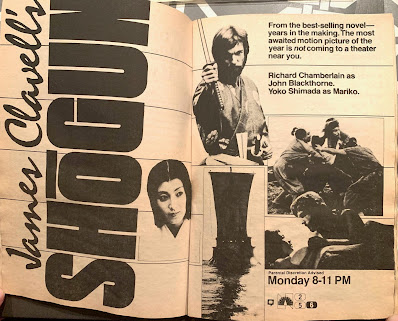 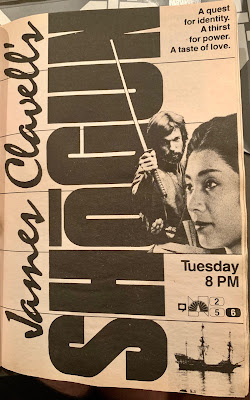 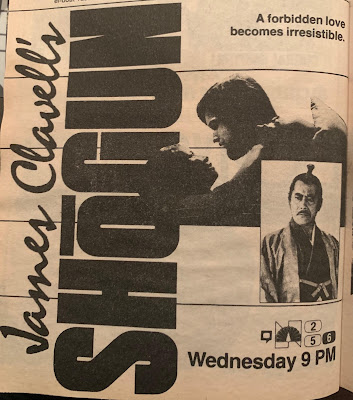 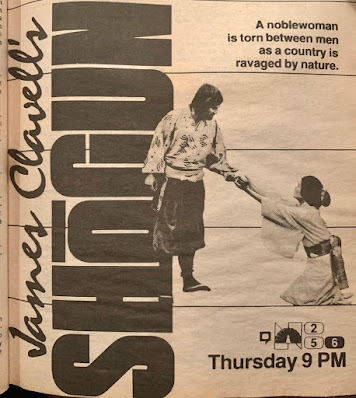 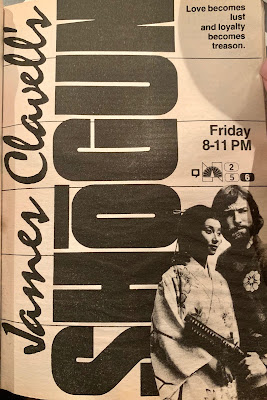 And here is how TV Guide introduced the show in its "Screening Room" column and in a close-up: 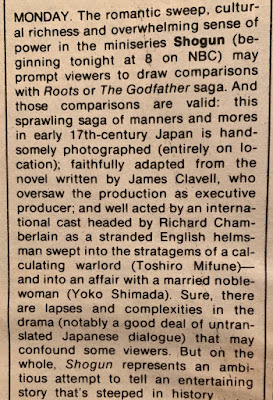 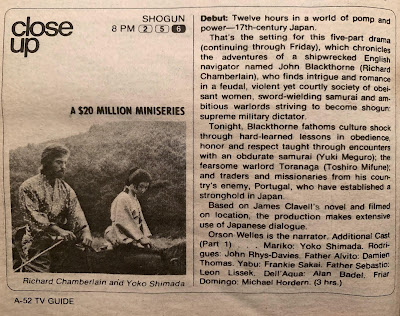