As I started watching Murder, She Wrote along with Laurie for the podcast, a funny thing happened: We really liked it. I mean, at first, there was a bit of, "Hey, wouldn't it be funny to watch one of these every week," but it became no joke. Yes, there are goofy aspects to it, and we laugh at the show sometimes (but we also laugh with it), but the bottom line is, what we affectionately term "Murder Monday" is still one of our biggest rituals 2 1/2 years later.
At one point, I was running Murder Monday posts here, and while that fell by the wayside more than once, I am still going through the entire series in chronological order, and we are about halfway through by now. There are many things that appeal to us--the cozy mysteries, the guest stars, the vivid supporting characters--Well, basically, there's one main reason: The brilliance of Batty-winning star Angela Lansbury.
In fact, this year we have had a sometimes-contentious relationship with our weekly journey to Cabot Cove (and parts unknown all over the globe, but mostly New York). In the sixth season, Lansbury wanted to reduce her workload, and the series stepped up its production of non-Jessica episodes. It went from the occasional backdoor pilot to about a third of the stores featuring minimal Jessica in season 6. Some of them were quite good, but I felt anger--OK, as much anger as I can generate over 30-year-old episodes of Murder, She Wrote--each time we opened Peacock, pressed play, and discovered it was one of "those" episodes on tap.
One night we had to watch two episodes in a row to wash the bitter taste out of our mouths after we were hoodwinked again by the show. We needed our Jessica! I should clarify that when I say we, I really mean me because Laurie is much more rational about this (and all things) that I am.
I don't mean to buy MSW, but to praise Lansbury. Her snooping, righteous Jessica is an endearing and lovable presence due to the performance. Week in and week out, she delivers. Even the lame episodes where she tapes an intro give you at least that little bit of Lansbury, and while it makes her absence in the rest of the story more painful, it gives you a little something.
Years after doing our podcast episode, I continue to watch the series each week. I have the Funko. I own a few of the novels based on the show. I have a TV Guide with a Jessica Fletcher cover (you can't be surprised at that). I even have a board game of the show. Some of this is for laughs, but really it's because we love watching the program, and it's somehow comforting not only to have it to look forward to every week, but to have an artist's rendering of Jessica Fletcher on the premises looking out for possible murder.
It's all because of Angela Lansbury! Farewell, and rest in peace! 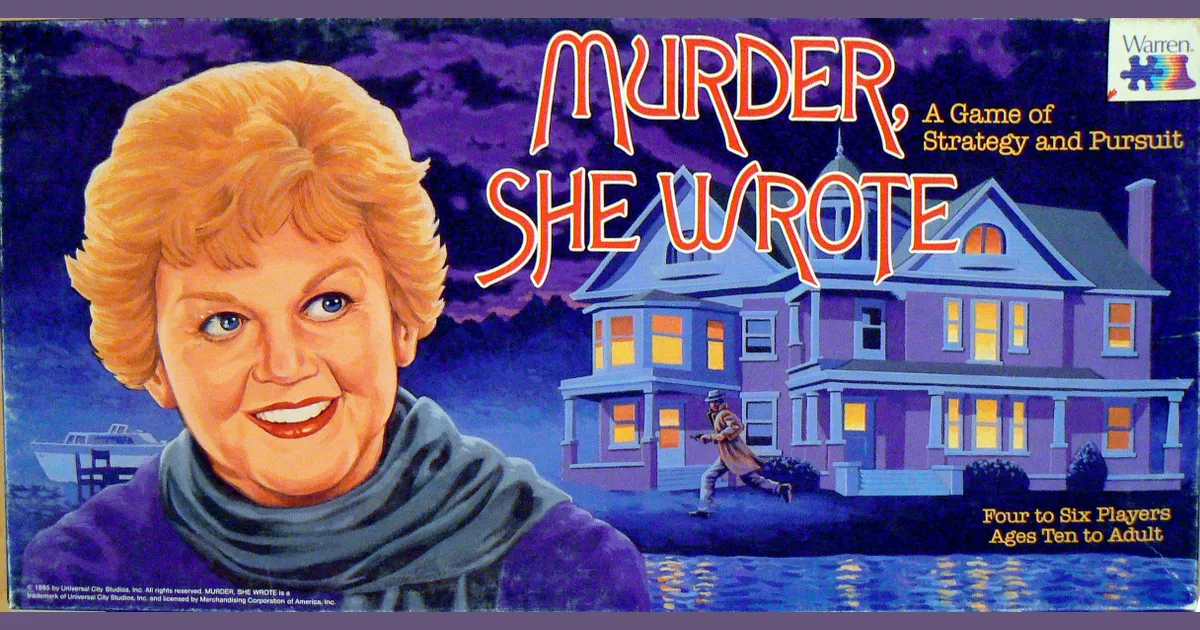