1) Batty Fever: It's spreading, folks! The Battys are coming! Start reviewing Season 10 now and get ready to play along at home!

2) Hal Linden: The 91-year-old actor told MarketWatch he has no plans to retire! Consider THAT an FYI!

3) National Custodial Worker's Recognition Day: Yes, even the odd ones: 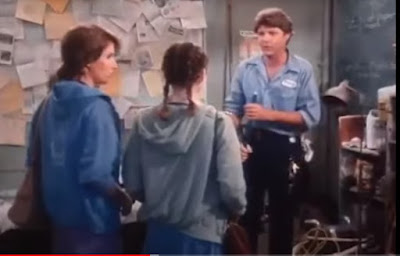 4) The Munsters: The original series, which we talked about last season, is still available. That's all we're sayin'.

5) Rex Reed: Happy birthday to the longtime critic, who we touched on briefly in our look at movie review shows earlier this season.

6) Betty White: A weekend auction event of her memorabilia and possessions raised over $4 million.

7) Italian-American Heritage Month: Remember when this show aired for a few weeks in 1979 after the stereotypes offended many people?

8) Three's a Crowd: It's not much, but, hey, this show is new on Tubi, I think. The service also added Too Close for Comfort a few weeks ago. Maybe it will surprise with something else later this month.

9) Not Just Another Affair: This TV movie premiered 40 years ago tonight. Gil Gerard and Victoria Principal!

10) R.I.P. Dale McRaven, co-creator of Mork and Mindy; and drummer John Hartman, who co-created the Doobie Brothers. Hartman died in December 2021, but the band posted a tribute to him last week.