In season 2 of The Brady Bunch, music consumes the family as Bobby hammered away at the drums while Peter tried out for the glee club. The problem in The Drummer Boy (original airdate ###) is that Pete's football teammates mock him for his pursuit of singing. 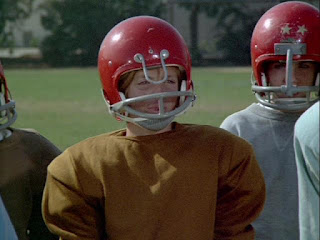 Peter is not alone, though.  His coach has brought in L.A. Rams great Deacon Jones to help teach the kids, and he takes exception to the wise-ass kid's comments.


you think this guy can't play football because he sings?"

the kids says singing is for sissies--canary stuff.

Deacon stares at him and says, "I sing. Am I a sissy?" and things get really quiet for a second. 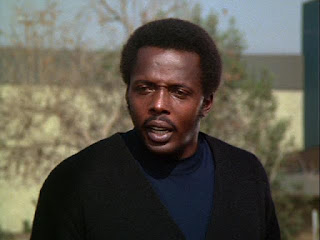 This is one of the great moments in the show's run.  In tone, it's not all that different from Bobby DeNiro's, "I have nipples, Greg. Can you milk ME?" in meet the Parents. For a split-second, though, this brady Bunch moment is even more tense.


Oh, let me tell you, I really wanted ol' Deac to give that kid a patented head slap, but instead he talks about how guys can sing and be real sportsmen.  He and Coach mention guys like Rosey Grier, Joe Namath, and Joe Frazier as examples. 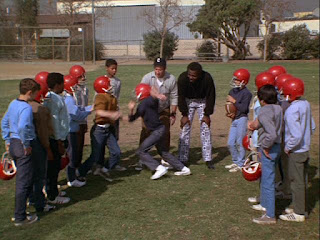 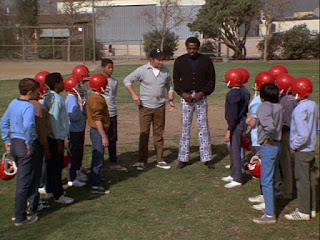