Check out this promo for Dick Clark's ill-fated Nitetime.  I love how he let us know that he's letting it all hang out by leaving the top few buttons go undone.

Rick Dees and Dick Clark is an unstoppable combination, right? Well, maybe not. The show, a sort of late-night American Bandstand, premiered in Fall 1985 and ended in early 1986 after a 26-episode run.  Below is an ad available on eBay. Note that it has the tagline Clark uses in the spot: "Weekend television has never been so much fun!" 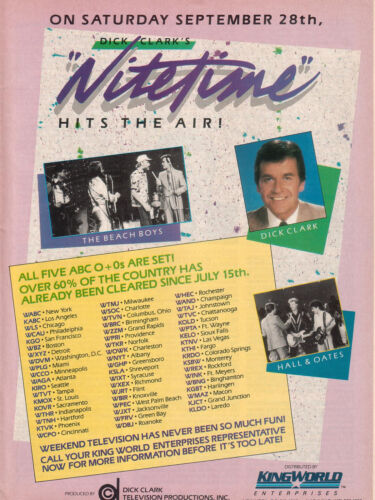