1) The Unknown Comic:  Happy Paper Bag Day, everyone! Kudos to the man who made it cool to wear one on your head!


2) Family Feud: The show premiered on this day back in 1976. Richard Dawson was tired of playing a panelist on Match Game and wanted a show of his own--one with class...one with decorum...one in which he could snog every bird on the set.


3) Cheryl Ladd: Happy birthday to the actress who is at least the fourth-most popular Angel to most everyone! 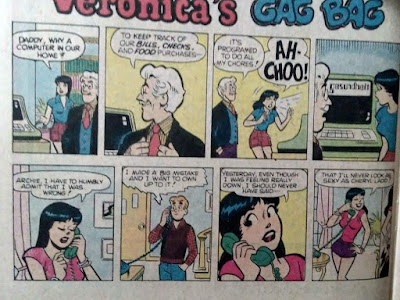 4) Black Omnibus: Yes! Prime Video finally added this 1973 PBS series.  I enjoyed some of the episodes on Shout! TV before the series disappeared. Highly recommended. James Earl Jones hosts this 12-episode program that features, well, all kinds of stuff.


5) Linda Lavin: True story: I had a dream the other night I was talking to Lavin (in character as Alice) and asking her for a copy of the final season, promising we would do a "deep dive" on the podcast and the website.  My behavior in this dream shames me.  Why didn't I ask for the second season?

6) Ennio Morricone: R.I.P. to the man who composed the theme song for the 1982 miniseries Marco Polo.  Supposedly his film work is pretty good, too.


8) Milton Berle: It's one of the biggest days of the year--the birthday of Mr. Television, the star of the classic The Great 5K Star Race and Boulder Wrap Party episode of CHIPS.


10) Captains and the Kings: Seemingly every month, the novel shows up as a Kindle Daily Deal.  I always think, hey, maybe I should check it out, solely because of that one Battle of the Network Stars on which the NBC team was dominated by stars from that miniseries. Then I think, "Hey, what I really want to see is Gemini Man," and I pretty much forget the whole thing. This never happens with Marco Polo.