1) It's the Easter Beagle, Charlie Brown: Happy Easter, everyone! It's time for me to revisit this one for the first time in years now that it's on Apple Plus--much like I finally saw the Valentine's Day special again this year. Next on the clock is the Arbor Day show, so come through for us, Apple!

2) Fred Astaire: With all due respect to Chuck Brown, that special is Snoopy-centric, so I consider Astaire, the narrator and host of The Easter Bunny Is Coming to Town, to be "Mr. Easter."

3) Johnny Carson: How about another look at the suave Carson as host of the Academy Awards, which we mention on our bonus episode this week? 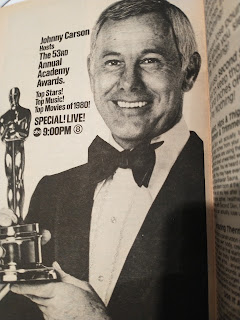 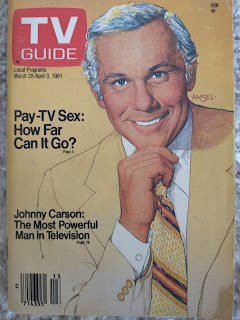 4) The Bermuda Depths: This Rankin-Bass live-action TV movie had about 5 different release dates listed for its new Blu-Ray release, but I am pretty sure it's out now. The off-kilter fantasy doesn't have Fred Astaire, but it does have Connie Sellecca!

5) Here Comes Peter Cottontail: This other Rankin-Bass Easter special premiered on this day in 1971. It was hosted by Danny Kaye, not Fred Astaire.

8) Godzilla and King Kong: The two stars face off this week in the new HBO Max premiere film, but they had their showcase programs back in the day (to say nothing of the underseen Godzilla vs. King Kong vs. Fred Astaire). Remember the big presentation of the 1976 Kong film on NBC:

And of course the King of the Monsters had his own NBC cartoon series:

9) Police Woman: Decades is running a marathon this weekend, but sadly not showing the one with Michael Lerner. Nor is there an episode with Fred Astaire on the docket.