When exploring the world of SCTV for our episode earlier this season, I was astonished to learn that the Season 6 Diff'rent Strokes episode "The Van Drummonds" featured Bonar as well. I always assumed this ridiculous installment of the program, one that had Dana Plato in drag as Dutch cousin Hans, also had CONRAD Bain in drag as Hans' mother Anna Van Drummond. Yet according to multiple sources, including IMDB, it's twin brother BONAR!

I screened this one when the series landed on Prime Video (in syndicated edits for some reason, but that's another story), and the main thing that hit me was how annoying the story was. Arnold and Willis are blamed throughout the episode for the wrongdoing of Hans, and as a kid I always hated these kinds of plots. The kids are clearly innocent, and everyone knows it except the person disciplining them--in this case, Mr. Drummond, who should know better.

Other than that, though, I thought, yeah, it looks like Conrad. Then again, BONAR looks Conrad. They're twins! 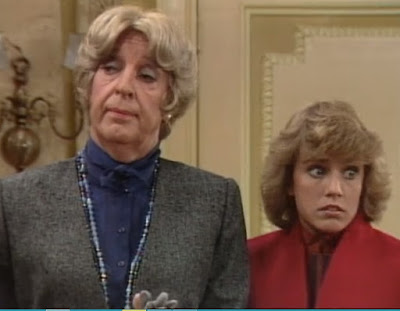 Yet the end credits tell a diff'rent story: 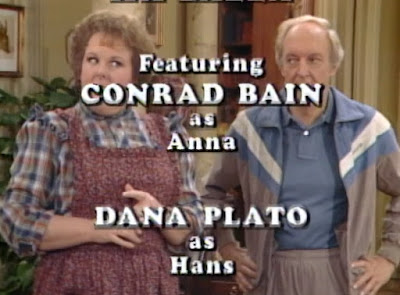 Fun fact, by the way: This episode was written by multiple-Academy-Award-winning screenwriter Paul Haggis!

So why is Bonar given credit for this role? Hey, Conrad worked hard in this Emmy-baiting role. Don't take his thunder!

I found this article that explains it.  Many thanks to the kind soul who clipped this and made it free even for non-Newspapers.com subscribers:

Bonar was there and on set, but did not appear on camera except from behind as Anna (Oh, BEhave!). And much love to Knight-Ridder for running a story like this on an upcoming episode of Diff'rent Strokes.

In fact, if you do a Google search, you will find Getty Images pics that credit Bonar as Anna, and I believe this added to the confusion. Check out this stunner which shows both Con and Bon together. 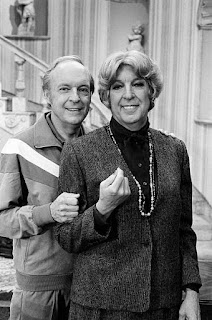 The confusion is understandable but unacceptable to TV historians! Conrad Bain deserves his due, and Bonar deserves to be honored for his actual work. Yet it's still comforting to know that Bonar was a part of this seminal Diff'rent Strokes episode.

The search for REAL Bonar continues!