*Fantasy Island aired on ABC for 7 seasons and 152 episodes on Saturdays at 10:00 PM except for a brief run at Friday 8:00 PM to start the 1979-80 season. The Ropers and Detective School and Hart to Hart were part of the ABC Saturday lineup until the reshuffling at midseason.

*Click right here for our discussion of The Love Boat.

*The show that finally gave ABC success Saturdays at 8:00 P.M., T.J. Hooker, aired 5 seasons and 91 episodes, though its final one was on CBS.

*Be forewarned: At least some of Fantasy on Tubi is apparently cropped, though I believe all episodes may be unedited.

*"The Devil and Mandy Bream/Instant Millionaire" premiered October 25, 1980 as the fourth-season opener following Nashville Palace and The Love Boat. CBS had The Tim Conway Show and 1978's House Calls. NBC showed a rerun of the final installment of Centennial.

*We couldn't find a Dynamite or Bananas with Herve on the cover, but please accept this photo from an old ebay listing as a substitute: 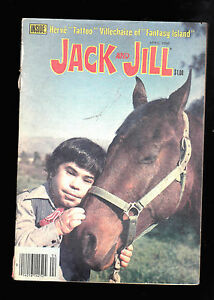 *The Looper article we mention is right here. It covers things we discuss like the John Huston casting idea and other talking points.

*Julie appeared as Roarke's goddaughter and sometime assistant, spelling Tattoo, in the fourth season. This is reportedly not related to Herve's squabbles with the producers. The characters coexisted in story and occasionally on screen. Christopher Hewitt's Lawrence character, though, was Tattoo's replacement.

*The sequel to this episode, "The Devil and Mr. Roarke/Ziegfield Girls/Kid Corey Rides Again," is the second one in the fifth season, a supersized effort that includes Audrey Landers (because of course it does) and, oddly, Arte Johnson as a different character this time.

*In another interesting tidbit, Johnson and his co-star in this episode, Arlene Golonka, were in an unsold pilot in 1972, Call Holme.

*Catherine Bach was not on Fantasy Island, but the Mickey Gilley episode we mention is Season 6's "Everybody Comes to Gilley's/Face of Fire."

Do you still miss Catherine Bach? Well, you'll be able to see her in a clip from that same Nashville Palace special mentioned earlier in our video playlist this week!

*Vic Tayback is in 3 episodes by our unofficial count.

*One of my favorite TV books, Harry and Wally's Favorite TV Shows, really dislikes this series. I quote from its one-star review: "the problem with the guest-star fantasies is that ultimately they're a cheat. While the people involved may learn some lessons about themselves, it's all part of a staged, self-contained universe. These stories might as well be just hypnotic dreams induced by Roarke on arrival." I do agree that Roarke and Tattoo are "the most intriguing performers and characters in the series," and that, "Even their brief conversations sizing up the people disembarking from the plane are far more interesting than the stories that follow." But as we say on the podcast, Roarke is awesome, so that's not a big statement.

What do you think?