1) Fantasy Island: We hope you enjoyed our look at this interesting show on the podcast. You know, my fantasy would be for all of our listeners to have happy, productive, and safe 2021s.

And I'd also ask for a complete collection of TV Guides.

2) Ricardo Montalban: I wanted to celebrate Montablan in this week's list because he was so awesome--I did call Roarke one of the best TV characters ever--but for a moment I worried people might tire of Corinthian leather ads or that I would run out.

3) Chet Lemon: A vintage Honus Wagner baseball card sold for $6.6 million last week. Next on the block has to be the rookie card of our guy from The Baseball Bunch, right? 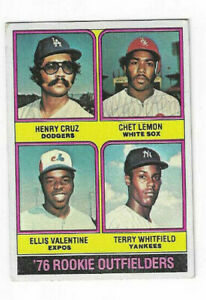 4) Roddy McDowall: He is so great in the episode of Fantasy Island we discuss on the podcast despite not necessarily making the average list of TV bad-asses.

5) Cindy Williams: Happy birthday to the former star of one of the biggest sitcom hits of our era, and as a present we won't mention her late costar.

7) Time for back to school: When I grew up, and as far as I'm concerned NOW, Labor Day was the end of summer, but many kids are going back this week.

Instead of visiting Mr. Moore again or even Mr. Kotter, let's mark the time with a TV spot for perhaps Rodney's last high-quality moment:

8) Herve Villechaize: We joked a bit on the pod and mentioned his troubles, but the man had a rough life with a lot of pain, and hopefully he's at peace now. Plus the dreadful Lawrence character really makes you appreciate Tattoo.

9) Elke: 50 years ago tonight, CBS Comedy Playhouse aired this unsold pilot from Danny Arnold (Barney Miller) and Warner Brothers starring Elke Sommer and Peter Bonerz as mismatched (ya think?) newlyweds. No clip of that one, but how about this:

10) R.I.P. Sonny Chiba: He was in a lot of Japanese TV but not so much American TV. That's our loss.