On the Road: Pasadena Toy Expo part 2: What did I actually get?

On Monday, I talked about the Pasadena Toy Expo last weekend in Maryland and "the ones that got away," better described as "the ones that were too expensive for me to even consider if I wanted to go home with more than one thing." Today, let me show off some of the toys I did get. Note that members of our Facebook group saw some of these pics earlier this week!

First up, "Don't Call Me Robby" Robot from Lost in Space in talking ornament form along with an unnamed Dalek. The latter does not talk but does have the awesome plunger thing that is an essential feature for any Dalek. 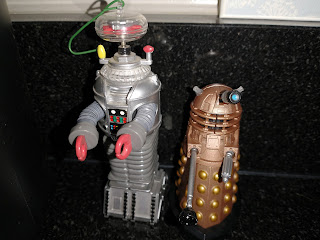 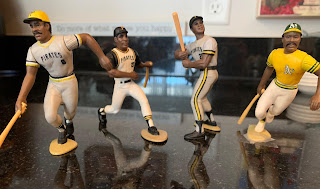 Here is a great assortment of Jetsons figures, and I gotta track down an Elroy and a Mr. Spacely now: 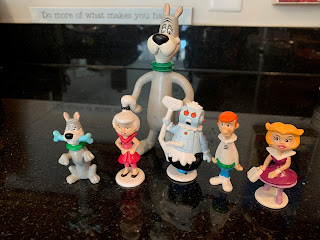 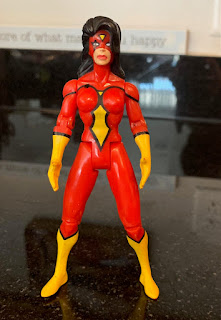 "Who are three characters who have never been in my kitchen?" Not much else links these 3, but I love them: 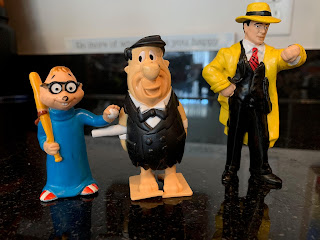 I'll reveal one special acquisition in the Top Ten on Sunday, and I will have more--yes, MORE--items to share next week, but these are some of the cool toys I grabbed last weekend.

Email ThisBlogThis!Share to TwitterShare to FacebookShare to Pinterest
Labels: On the Road, Toys