Power Rankings: Spider-Man and His Amazing Friends characters of whom I want an action figure

We enjoyed talking about Spider-Man and His Amazing Friends this week, and I enjoyed flaunting my recent purchase of a Marvel Legends Firestar action figure. There are plenty of other characters, even some big ones, that to my knowledge don't have a decent figure out there right now. Here is my list of what I want to see (screencaps from marvel.fandom.com except as noted):
1) Iceman: I don't want a bluish Iceman or a "modern" Iceman. I want a Legends-scale Bobby Drake cartoon Iceman with ol' Frost Face sporting a goofy grin.
2) Aunt May: MY Aunt May is elderly, frail, and really, really oblivious. They should make an Amazing Friends May for our collections.
Gotta be an improvement over this 1990s effort (picture from CBR.com): 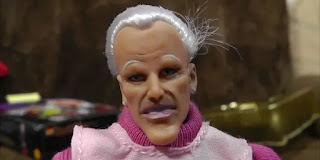 There's a happy medium between Gary Busey and Marisa Tomei.
3) Videoman: Somehow this would-be super villain showed up in no less than 3 episodes of the series, and while he doesn't necessarily lend himself to a clean figure at first glance, we should give him the proper respect. We should give him a figure. Someone was really trying to make Videoman happen, but maybe he was 40 years ahead of his time.
4) Swarm: I think this character bee my favorite villain of the series--er, that is, I think he is my favorite. His overall look, his raw power, his tendency to say "SWARM!" all the time--all add up to a formidable and, dare I say, toyetic character. 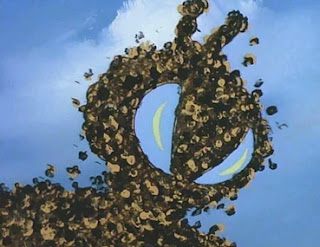 5) Hiawatha Smith: The only reason he's not higher is because he is in only one episode, and that one isn't even on Disney Plus (listen to our pod this week to learn why). The Michael-Ansara-voiced character is a dynamic addition to the usual formula, and I'd love to have a figure of the enigmatic yet highly skilled adventuring professor!
6) The Gamesman: A surprisingly potent foe who shows up in Season 3 along with the final appearance of Videoman.
7) Lance Macho: Angelica's favorite movie star shows up in the early Hollywood-themed episode. 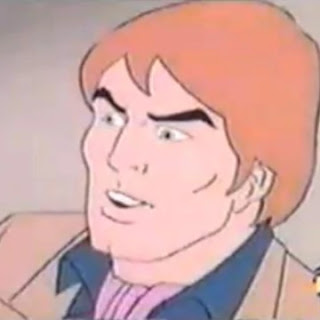 8) Chameleon: They could do him with alternate heads of all the people he impersonates in "Little Superheroes."
9) Lightwave: Why not get another female character in the line? I think this would be a little more family friendly than Shanna the She Devil--er, Shanna the Jungle Queen as she is known in "Little Superheroes.". Also considered: Buzz Mason from the same episode, the series finale. 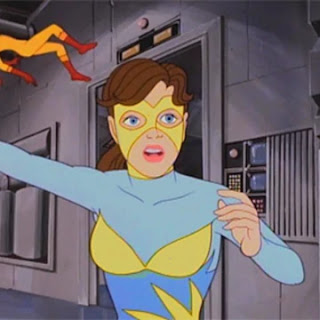 10) Ben Parker: Seriously, how about a cool Uncle Ben figure for the Spider fans out there? He's a minimal presence in the series, but he should be on Hasbro's list.
Posted by Rick Brooks at 6:00 AM

Email ThisBlogThis!Share to TwitterShare to FacebookShare to Pinterest
Labels: Power Rankings, Spider-Man and His Amazing Friends