This Day in TV History: Family Ties premieres on NBC

40 years ago tonight, NBC premiered the new sitcom Family Ties. It seems odd now that it aired at 9:30 in between an extended Real People and a rerun of Quincy. For one thing, it's hard to think of it as other than an 8:00 or 8:30 program, and for another, we associate it more with the comeback years of NBC than this Real People period.
The show went on to be a big part of NBC's rise in the Eighties, though it can be argued it rode the coattails of a certain other family sitcom (O-be-kay-be!) that debuted a little later. Still, Ties lasted 7 seasons and over 175 episodes, launching Michael J. Fox into stardom and becoming an essential part of 1980s pop culture.
We talked about Family Ties back in our first season! 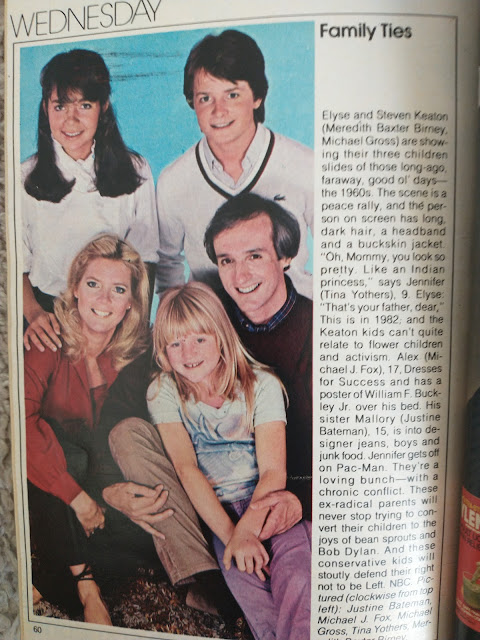 Email ThisBlogThis!Share to TwitterShare to FacebookShare to Pinterest
Labels: Family Ties, This Day in TV History