Here are some scans showing the listings Mike and I used for this week's bonus episode playing the TV Guide Game. These are from the Eastern New England Metro edition (Boston) of the magazine for the week beginning (in TV Guide terms) August 26, 1977. In brief, 2 = PBS, 3 = CBS, 4 = NBC, 5 = ABC. 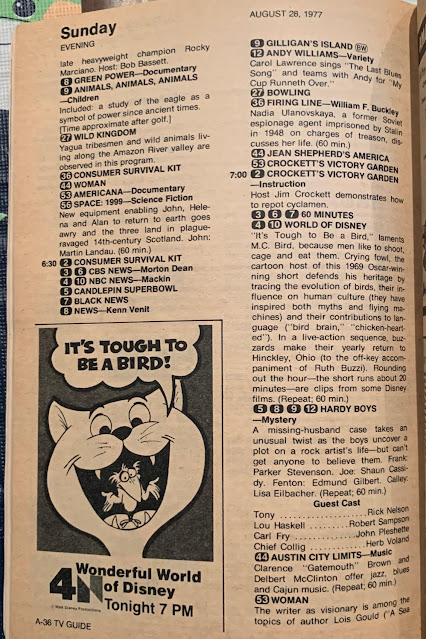 Jean Shepherd's America  was a 1971 PBS program, and, hey, it is readily available on YouTube, so I think I am going to have to check it out. 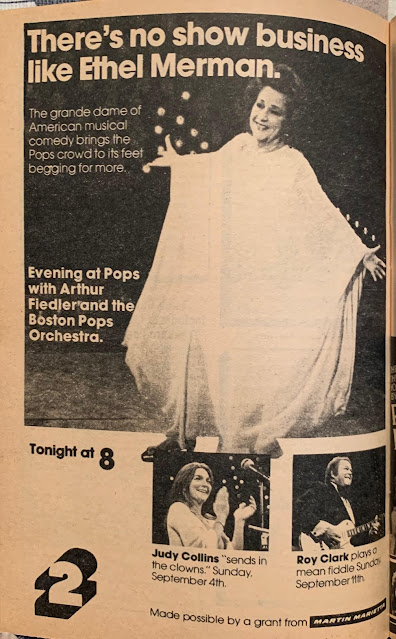 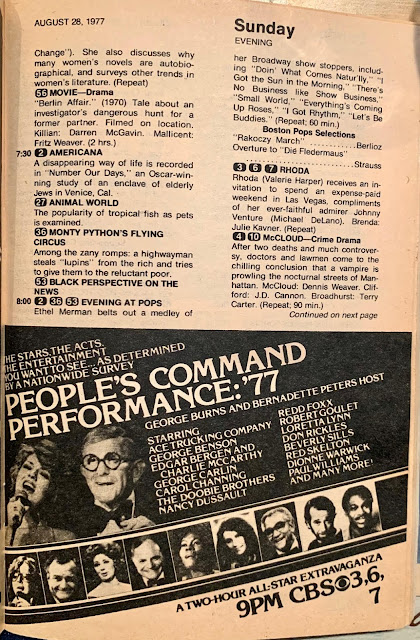 Is there any significance in Paul Williams getting the first picture in that row of stars? And how about that great look on George Carlin's mug? 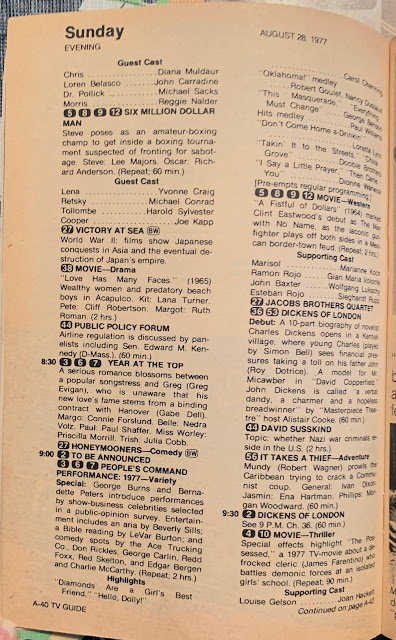 Kudos to channel 27 for showing The Honeymooners, but I wish I knew which episode it was. I mean, they're all great...but still! 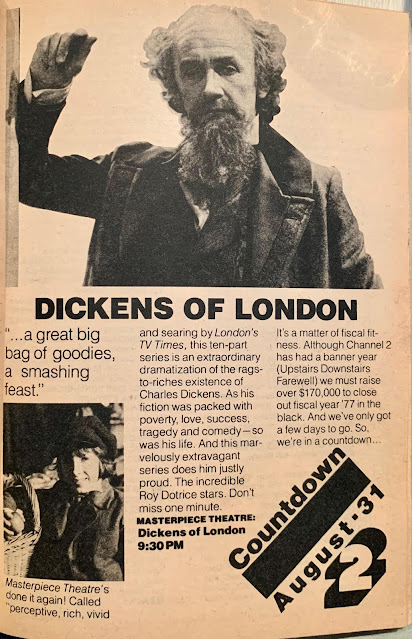 I thought Dickens was making a "Right on!" gesture the first time I saw that ad. 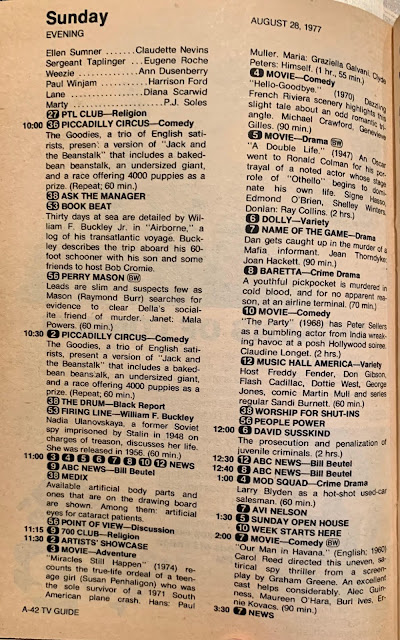 Some interesting stuff later at night here, including reruns of the likes of Perry Mason, Mod Squad, and Name of the Game.
Posted by Rick Brooks at 6:00 AM