This segment from the 1984 TV movie Access Code makes the McMillan and Wife playlist because of the presence of Michael Ansara, who guests in "Cop of the Year."
Unfortunately, the uploader lays in a modern Muse song over the original footage, which is a little discombobulating, but it's really hard to find a lot of info about this movie. In fact, I kind of regret putting it in the playlist now.
I thought at first it was a made-for-TV movie, but I can't confirm that, nor can I confirm it got a theatrical release. Was it a straight-to-video feature? In 1984? I do know that it received multiple spiffy-looking VHS releases. 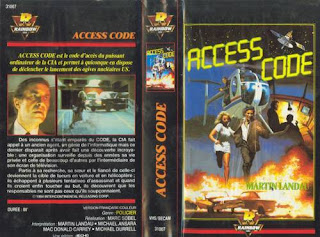 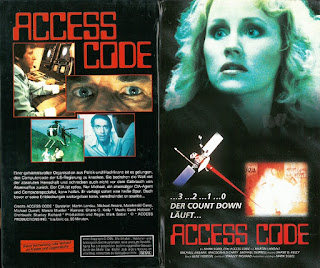 Here is Encyclopedia.com's reprint of the VideoHound review:
Government agents attempt to uncover a private organization that has gained control of nuclear weapons for the purpose of world domination. A ragged patchwork of disconnected scenes meant to test the virtue of patience. 90m/C VHS . Martin Landau, Michael Ansara, MacDonald Carey; D: Mark Sobel.