Those of you who watch the playlist on a device and not the web, and/or those who don't see/read the video descri0ptions by the uploaders, may be puzzled why I included a clip from Fistful of Dollars this week. I mean, yes, it was one of the viewing options on August 27, 1977, but why not a trailer or a promo instead of this:
I thought it was interesting that, as per the uploader, this was extra footage for the broadcast, an extended beginning directed by Monte Hellman designed to alleviate concerns over the film's violence. Harry Dean Stanton is talking to a stand-in for Clint Eastwood!
According to Wikipedia, this was done for a 1975 TV showing, but other sources indicate it only ran before a 1977 broadcast. Here's what I think about "contextualizing" the violence in the movie with this tacked-on scene: 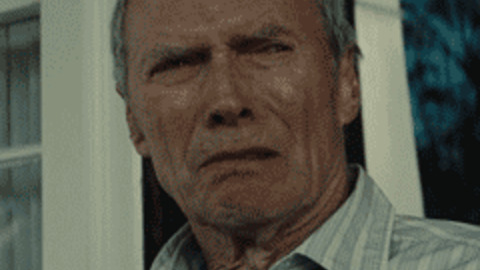 In that 1977 TV Guide, critic Judith Crist mentions the ABC broadcast of the movie and says it's on its third run. She calls it "the 1964 Italian-German-Spanish rip-off of Akira Kurosawa's Yojimbo. it introduced an obviously waiting world (the film earned millions) to the immutable squint of Clint Eastwood and the flavor of the sadomasochistic blood-red sauce that soaked this spahgetti-spatzle-paella Western. Enough said,"
Posted by Rick Brooks at 8:00 AM