Yes, you get two posts today! In addition to the weekly Top Ten, let's examine what was in the Guide 50 years ago tonight for the L.A. metro region. Prime time for the networks was all about the Republican National Convention, so in the Eastern time zone, it was all politics except for ABC repeating the pilot movie of The Rookies before its evening coverage. 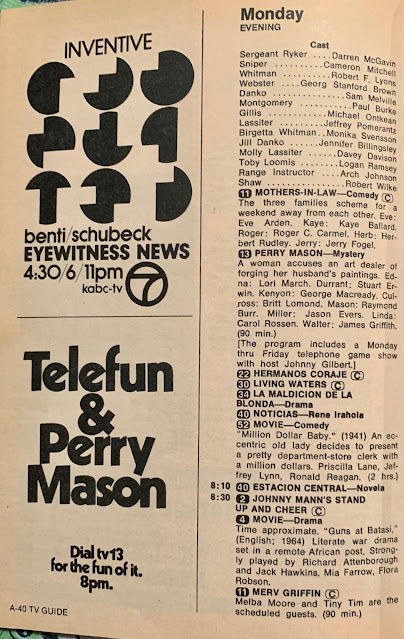 So Los Angeles got some "extra" programming. The CBS affiliate has Johnny Mann's Stand Up and Cheer before a Name of the Game rerun and news.  On NBC, it's Guns at Batasi and then Dr. Simon Locke, which we mentioned here.  ABC follows The Rookies with maybe the most interesting program of the night, Valley of Mystery. That description is cool, and the movie is available on YouTube. 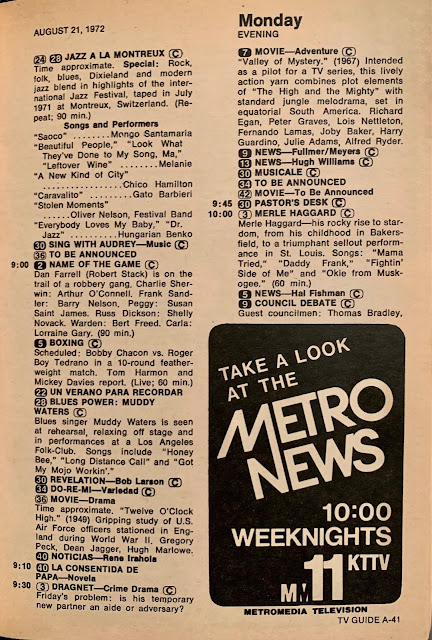 Since there is so little going on tonight, let's check out some things outside prime time. Independent channel 11 got Alfred Hitchcock Presents, but for only two weeks? And channel 5's Movie Theatre has Voyage into Space tonight...and every weeknight! 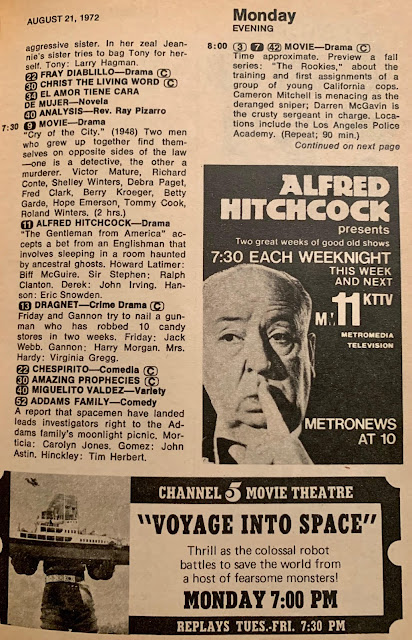