1) TV Guide: Thanks again to the venerable publication for, well, existing in 1972 and inspiring the past week of posts here on the site! Here's another ad from the August 19-25 issue, a two-pager starting on the inside front cover: 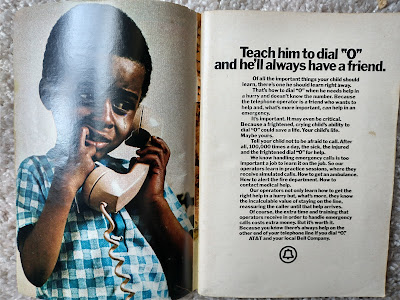 2) Puff the Magic Dragon: I'm told that Dragons are the big thing in TV right now, so isn't it time to bring this one out again?
3) 1972 Summer Olympics: As I mentioned earlier this week, we know that these Games ended in disaster, but there were a lot of world-class athletes competing in Munich 50 years ago today.
4) National Red Wine Day: Does Bartyles and James count?
5) Daniel Stern: Happy 65th birthday! Before he was the voice of grown-up Kevin Arnold on The Wonder Years, he was in the cast of short-lived CBS dramedy Hometown:
6) The Old West: Remember these Jack Palance ads for Time-Life Books? John Wesley Hardin once shot a man for snoring!
7) National Hair Loss Awareness Month: August is almost over, so get aware!
8) Billy Goldenberg: The Extras podcast interviewed Gary Gerani about some recent TV DVD/BD releases, including The UFO Incident. The Kino-Lorber disc includes gerani's documentary about composer Goldenberg, whose scores also appeared in Duel and many other TV movies, and who also created the theme songs for the likes of Rhoda and Kojak.
9) Jack Kruschen: The prolific character actor got a nice little write-up on Me-TV's website. Let's overlook the fact that it was inspired by his role on Full House.
10) R.I.P. Joe E. Tata, Len Dawson: In addition to his longtime spot on HBO's Inside the NFL, Dawson was a sports director at a local Kansas City TV station while he was playing quarterback for the Chiefs!
Posted by Rick Brooks at 6:00 AM