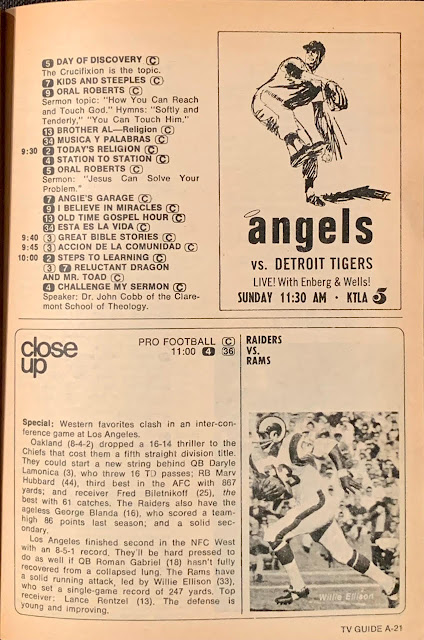 Early on, it's SPORTS! The Angels game has Dick Enberg and Don Wells. The close-up of the Rams preseason game somehow neglects to mention that the game was played the night before! As we discussed yesterday, it was apparently blacked out in the area.
It's mostly movies, public affairs shows, and religion in the afternoon before a rather uninspired prime-time lineup. Again, it's August. However, Sunday wins the award for coolest listings ad of the week: 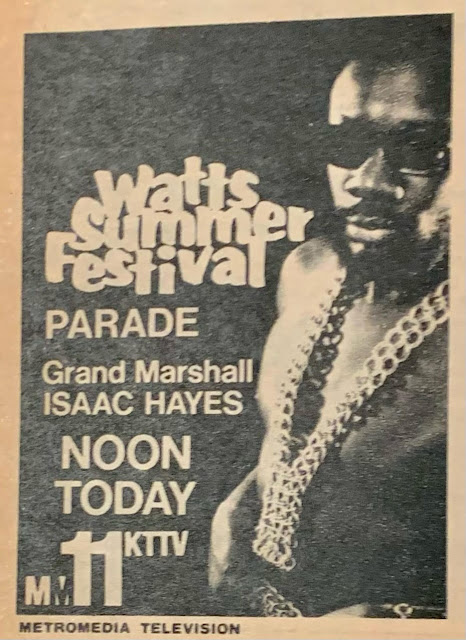 CBS kicks off at 7:30 with 1968's theatrical film A Dandy in Aspic. Judith Crist calls it "a muddled melodrama" in her column. At 9:30 it has part 2 of 5-part docuseries The Life of Leonardo Da Vinci. 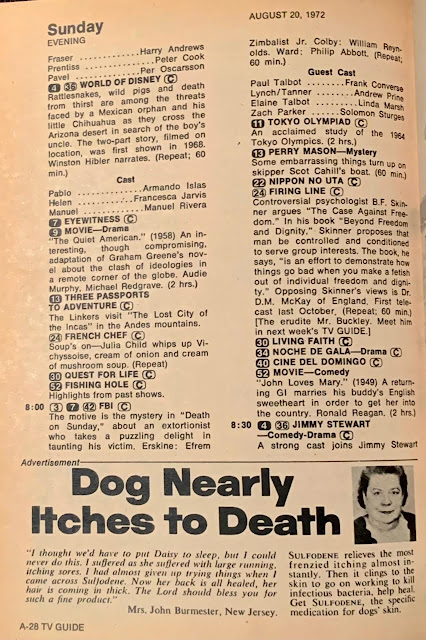 On ABC, it's a rerun of The FBI, a pro football-themed episode with Frank Converse as an extortion victim.  At 8:30 it's 1965's That Man in Istanbul. Crist likes this even less than Aspic, calling it "an even wearier spy movie," while dismissing it as a stale Bond clone.
NBC begins its Sunday night with it's "Pablo and the Dancing Chiahuahua" on The Wonderful World of Disney, follows it with a rerun of The James Stewart Show, and closes with repeats of the venerable Bonanza and a "Lawyers" installment of The Bold Ones,. Hey, Darren McGavin is in that one! 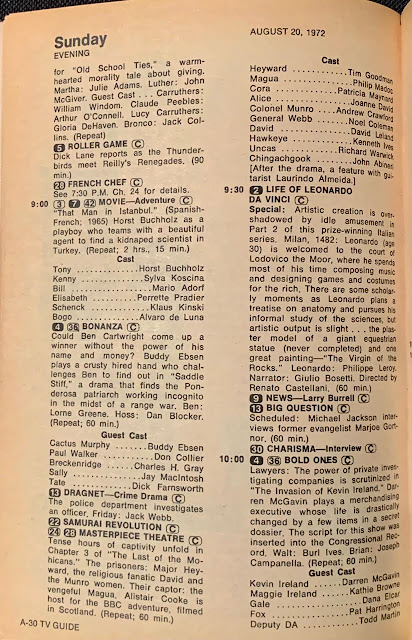 Elsewhere, channel 5 has roller derby. I think I've seen 3 different stations carry that same match-up this weekend!
Most important, look at 9:30 on channel 13 (independent KOCP): THE BIG QUESTION. Michael Jackson interviews BOTNS Genius Award winner Marjoe Gortner! Jackson was an L.A.-based radio host, not a member of the Jackson Five. But still! The big question for me is, where do I find this one?
Finally, NBC sure is proud of young Tom Brokaw: 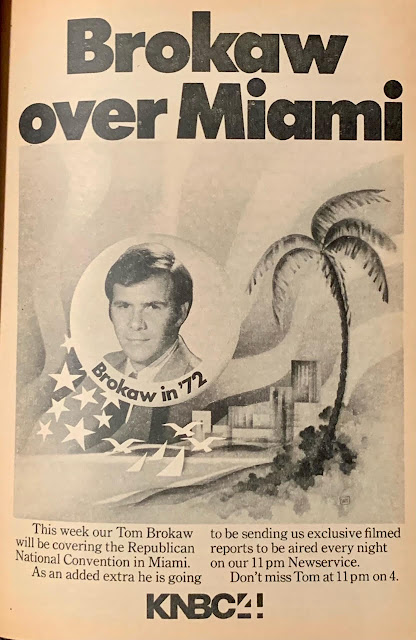